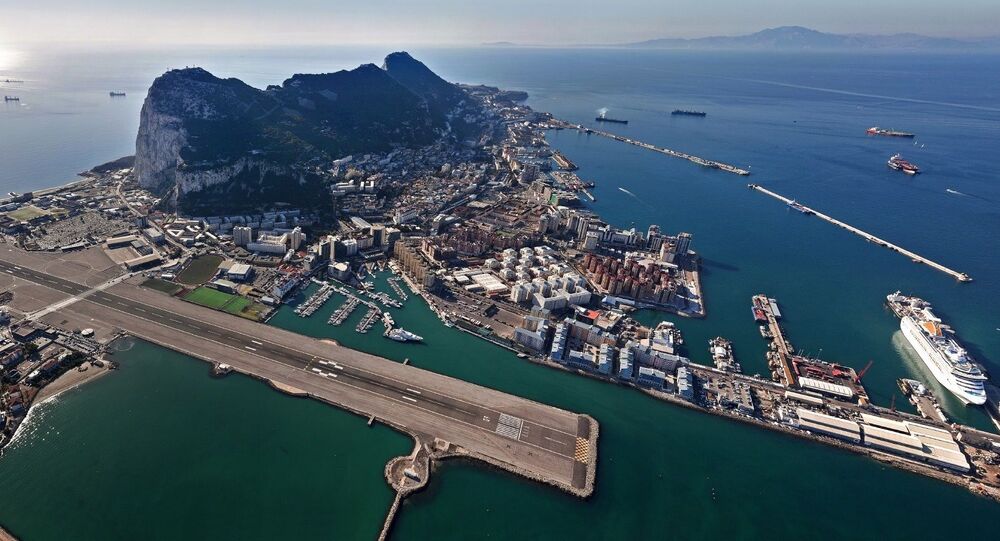 The issue of the British Overseas Territory of Gibraltar, attached to the Spanish mainland, was left out of the last-minute Brexit deal reached between London and Brussels on 24 December. A separate agreement on Gibraltar's status has yet to be concluded.

The European Commission said on Wednesday that Spanish border guards should police Gibraltar and enjoy "all necessary powers to perform border controls" related to the British Overseas Territory (BOT).

The commission added the EU's proposed mandate puts forward "solutions to remove physical checks and controls on persons and goods" at the border between Spain and Gibraltar.

"It is without prejudice to the issues of sovereignty and jurisdiction, and focuses on cooperation in the region", the commission pointed out, saying the mandate would also give Spain responsibility for granting asylum, visas, residence permits, and authorise Spanish police to pursue suspects in the BOT without special permission.

The EU's post-Brexit negotiator, Maros Sefcovic, said that by putting forward the draft mandate on BOT, the bloc is "honouring the political commitment we made to Spain to start the negotiations of a separate agreement between the EU and the UK on Gibraltar".

"This is a detailed mandate, which aims to have a positive impact for those living and working on either side of the border between Spain and Gibraltar, while protecting the integrity of the Schengen Area and the single market", Sefcovic pointed out.

UK Foreign Secretary Dominic Raab, for his part, was quick to react by saying that London was concerned about the European Commission's mandate, claiming the latter "directly conflicts" with a framework deal agreed upon by Britain, Gibraltar, and Spain late last year.

"We have consistently showed pragmatism and flexibility in the search for arrangements that work for all sides. We are disappointed that this has not been reciprocated. We urge the EU to think again", Raab emphasised.

The status of Gibraltar was not included in the Brexit deal, and in December 2020, the UK and Spain agreed to conclude an accord that would outline a framework for the BOT's future. The deal is specifically aimed at ensuring the movement of people across the border between Spain, a member of the EU, and Gibraltar, a non-member.

© Sputnik
Spain Vows to Keep Sovereignty Claim Over Gibraltar in Spite of EU Reaching Brexit Deal With UK
Both sides agreed that the "Rock" would remain part of the EU's passport-free travel area, although London and Madrid use different wording, with the former saying that Gibraltar is "connected" to Schengen and the latter insisting the BOT is "part" of it.

Even though Raab and Chief Minister of Gibraltar Fabian Picardo agreed in March on a joint approach to a new Gibraltar treaty between the EU and the UK, London is reportedly angry at "incompetent" Brussels, blaming the bloc for the ongoing delay in talks.