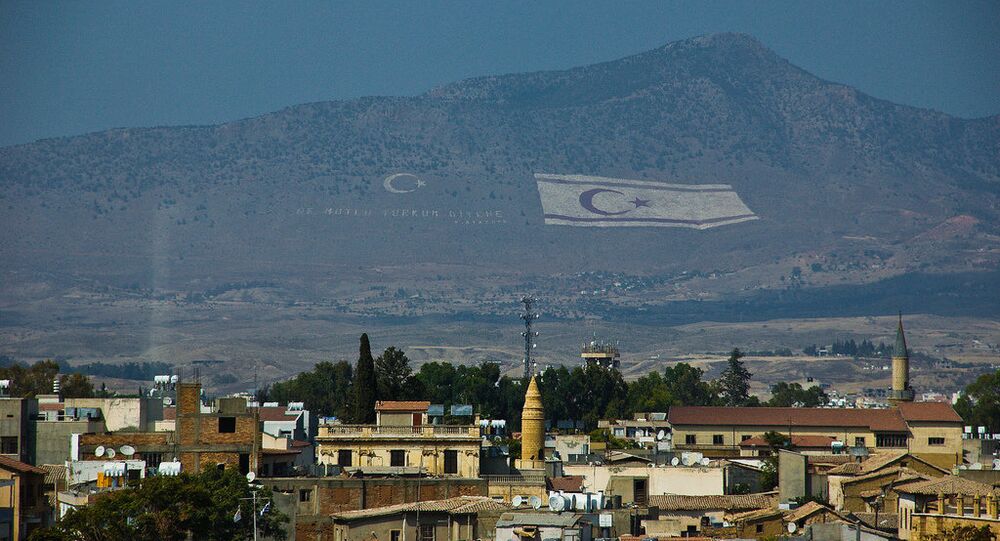 The Turkish president visited Northern Cyprus earlier this week, expressing his support for the breakaway state and raising major concerns in Europe.

French Foreign Affairs Minister Jean-Yves Le Drian expressed support for Cyprus on Wednesday, slamming Turkish Cypriots for their plans to reopen the abandoned town of Varosha for possible resettlement. The United States and European Union also criticised this decision, with the EU's top diplomat Josep Borrell saying that any such move was "an unacceptable unilateral decision".

At the same time, Paris accused Turkish President Recep Tayyip Erdogan of a "provocation" for suggesting a two-state solution for the island.

"France deeply regrets this unilateral move which was not coordinated and constitutes a provocation", the Foreign Ministry said in a statement. "It undermines the restoration of the confidence necessary for the urgent resumption of negotiations for a just and lasting settlement of the Cyprus question".

© Sputnik / Evgeny Odinokov
Nicosia view. This part of the city is the territory of the partially recognized state of the Turkish Republic of Northern Cyprus.

The statement was released after Erdogan claimed that "no progress can be made in negotiations without accepting that there are two peoples and two states with equal status".

Cyprus has been divided between Greek and Turkish communities since 1974 when Turkey invaded the island. In 1983, the Turkish Republic of Northern Cyprus declared independence but no one except Ankara has recognised it. The UN has attempted to broker a reunification dialogue, but without success. The talks have been stalled since the last round in Crans-Montana, Switzerland in 2017.