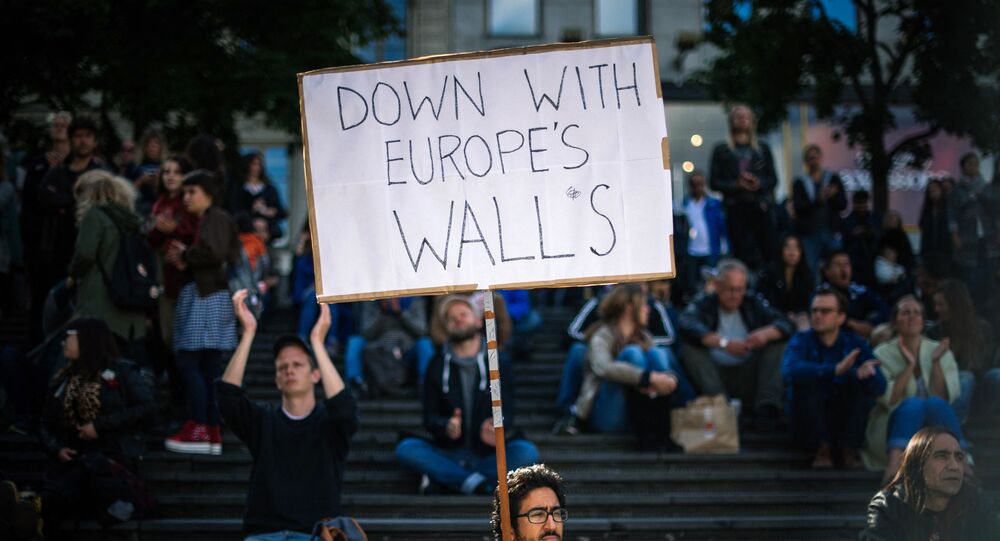 The rhetoric of mass immigration being not only a moral imperative, but a profitable solution to Sweden's economic and demographic woes has permeated the narrative of the country's media and the political world in recent years.

The huge influx of immigrants in 2015 became a real jackpot for Sweden, the newspaper Aftonbladet has claimed, calling it “the kingdom's best-kept secret”.

According to the daily, when Sweden, a nation of about 10 million, took in 163,000 asylum seekers in a single year, it received a welcome addition of labour that, properly managed, will alleviate the nation's demographic problems for the coming decades.

“After all, government expenditure immediately became income for municipalities, companies and private individuals – something that does not fit into the narrower government finance calculations. Thanks to these stimuli, growth soared, unemployment fell and tax revenues increased,” the newspaper postulated.

“In the autumn of 2015, rules were thrown into trash, without any catastrophic consequences. They turned out to be political constructions, not harsh economic laws,” Aftonbladet mused, calling “hundreds of thousands of able-bodied people” seeking refuge in a rapidly ageing continent, whose authorities had been worried for decades about the impending shortage of labour, as a “blessing”, suggesting that Sweden and Germany, which took in the most asylum seekers, made the most of the situation.

© AFP 2021 / JONATHAN NACKSTRAND
People take part in a demonstration in solidarity with migrants seeking asylum in Europe after fleeing their home countries in Stockholm on September 12, 2015.

According to Aftonbladet, the refugee crisis gave “a glimpse of a new economic thinking, which puts the needs of society before the budget”, concluding that “large refugee reception” can be “a good deal even for budget hawks”.

The rhetoric of mass immigration allegedly being a highly profitable solution to economic as well as demographic woes has been dominant in the Swedish media and political world ever since the onslaught of the migrant crisis. Tellingly, national broadcaster SVT called the influx of refugees “a shower of competence”, suggesting that qualified engineers and doctors were en route to Sweden.

However, the promised shower largely failed to materialise. Sweden has had a high level of immigration for a long time, and today the share of foreign-born is almost 20 percent of the population, with about a quarter of Swedish residents having a foreign background. A large proportion of these immigrants have failed to establish themselves in the Swedish labour market, with the Swedish government being forced to bet on the creation of menial jobs to employ at least some of them.

© AFP 2021 / JONATHAN NACKSTRAND
People take part in a demonstration in solidarity with migrants seeking asylum in Europe after fleeing their home countries in Stockholm on September 12, 2015.

According to Statistics Sweden's labour force surveys, unemployment among foreign-born amounted to 18.8 percent in 2020, the highest in the nation. Among domestic-born, the corresponding figure was merely 5.1 percent, this being one of the largest gaps in all of Europe.

Furthermore, some of the municipalities that were most receptive to immigrants (and were touted as poster boy examples by the Swedish media, such as Sandvik, which alone was promised a mind-boggling half a billion kronor in immigration-related gains), are now heavily mired in debt.

Economics professor Mats Hammarstedt of Linnaeus University in Växjö and the Institute for Business Research described immigration a “loss-making affair” for the public finances due to long-term unemployment.

In 2018, the Expert Group for Economic Studies (ESO) under the Finance Ministry estimated the net cost of an average immigrant at SEK 74,000 per year ($8,500), with the expenditure being highest at the beginning. Despite the fact that immigrants later tend to increase their contribution to society, it doesn't outweigh initial costs or pension expenses.

This is not to mention social problems associated with poor integration, including crime, so-called honour culture and parallel societies, where laws don't fully apply.

The 2015 migrant crisis was part of a pattern of growing forced migration to Europe from other continents. Many were fleeing “refugee-producing” countries with ongoing armed conflicts in which the Western powers have played a key role, such as Iraq, Syria and Afghanistan. The collapse of the border controls in the aftermath of the NATO-led Libyan war made the North African nation a focal point for human trafficking. In 2015 alone, EU countries received over 1.2 million asylum applications.