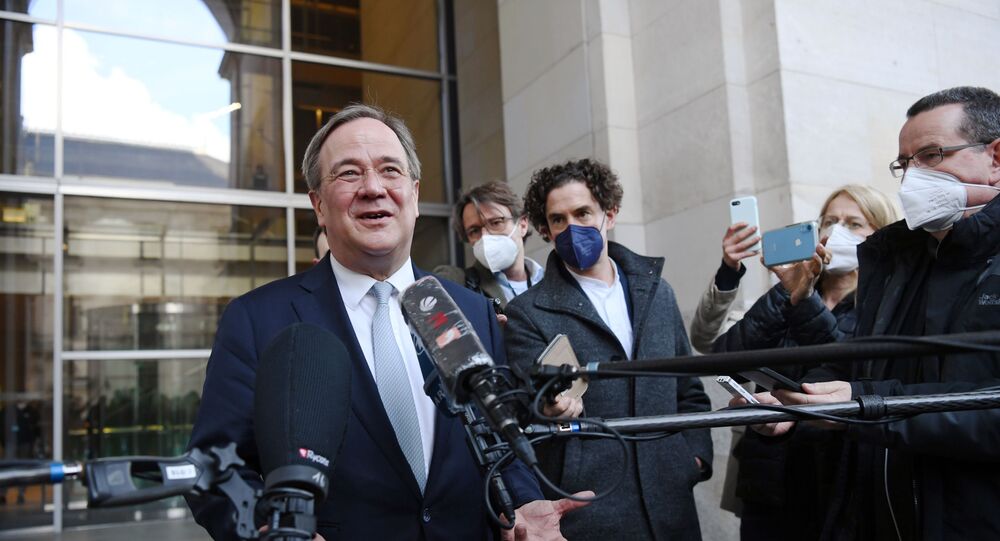 ST. PETERSBURG (Sputnik) - The German candidate for chancellor from the ruling Christian Democratic Union (CDU) party, should immediately resign from all his posts after he was caught on camera laughing during a visit to a flood-ravaged town, Albert Breininger, a member of the Alternative for Germany (AfD) party, told Sputnik on Monday.

On Saturday, Armin Laschet, who serves as the premier of one of the two regions hit hardest by the flooding, North-Rhine Westphalia, was caught on camera joking and laughing with several people in the background while German President Frank-Walter Steinmeier was expressing sympathy for flood victims of Erftstadt.

"It is not that it is not tactful or indecent, it is cynical and not humane. By any logic, he is politically dead. He must resign immediately. We definitely want to raise this issue everywhere, including in the media. Germany deserves better candidates," Breininger said.

The number of people who have died as a result of floods caused by torrential rainfall in Germany has totaled 164, as of Monday, while hundreds are still missing.

Germany is set to hold a general election on September 26, after which a new government will be formed.