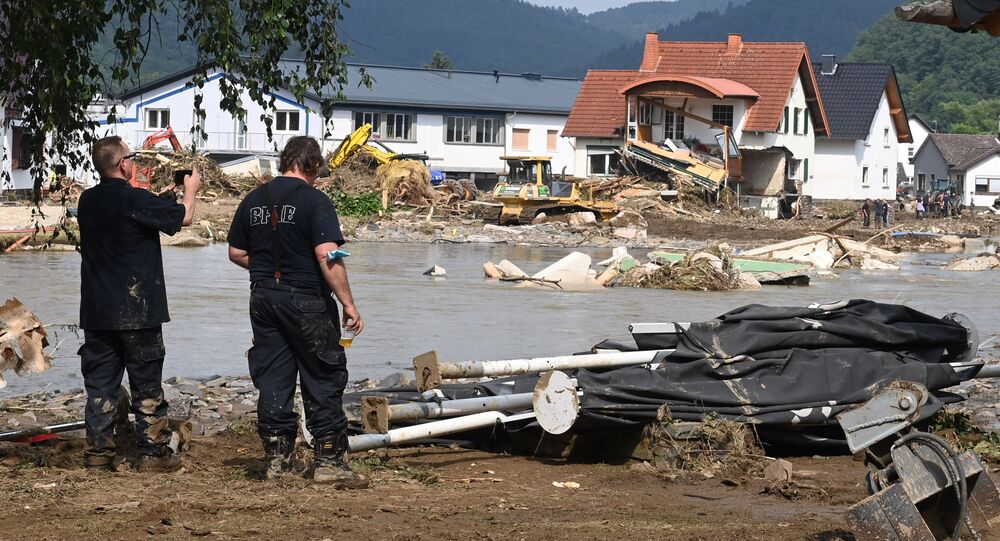 BERLIN (Sputnik) - The number of people who have died as a result of floods caused by extreme rainfall in Germany stands at 156, the Bild newspaper reports.

As of Sunday morning, the death toll in the southwestern German state of Rhineland-Palatinate stands at 110, Bild said, citing the Koblenz police department which has reported 12 new fatalities.

© AFP 2021 / ALEXANDER FORSTREUTER
Video: Some 700 People to Be Evacuated Over Dam Breach in Western Germany, Local Administration Says
The state of North Rhine-Westphalia has a death toll of 45 (as of Saturday evening), while at least one person has died in the Bavarian region of Berchtesgaden, according to Bild.

More than 110 people have died and 670 others were injured in the district of Ahrweiler alone, according to updated information released by the Koblenz police department on Sunday morning.

On Saturday night, an emergency was declared in the district of Berchtesgadener Land in Germany’s Bavaria amid heavy rains and flooding. Floods were also reported in Germany’s Saxon Switzerland late on Saturday and Deutsche Bahn said that railway service was being suspended on the Dresden-Prague route until Sunday afternoon amid flooding and landslides in the region.