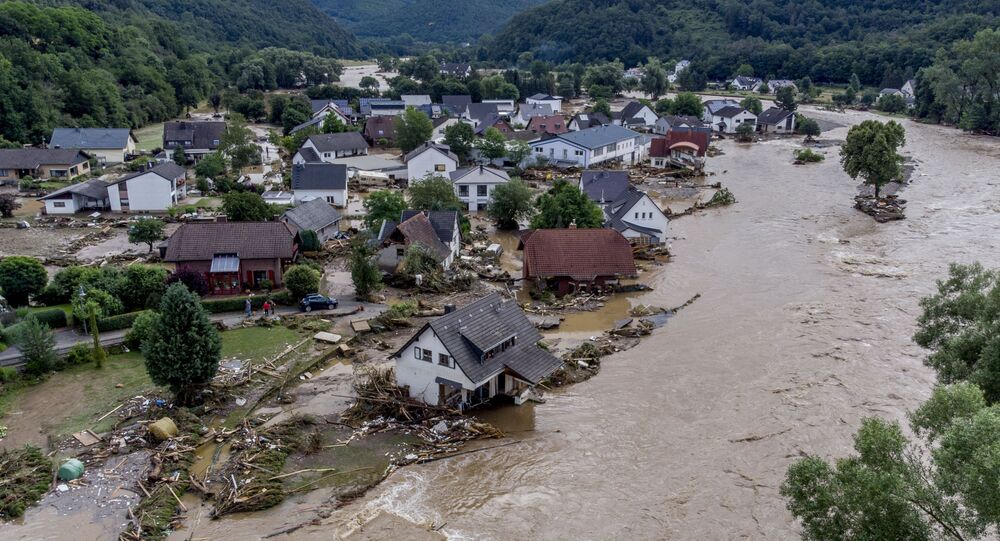 Rainfall of over 100 liters per square meter has caused flooding in Saxon Switzerland, the district office of Saxon Switzerland-Eastern Ore Mountains announced on Saturday evening, as cited by Die Zeit.

The newspaper cited the state flood center as saying that alert level 4 was exceeded in some areas amid an "extreme rise in water level" which is expected to lead to strong floods.

Meanwhile the Tagesschau news service said that the railway line connecting Germany and the Czech Republic via Bad Schandau has been interrupted because of the floods.

The Deutsche Bahn railway service said on Twitter on Saturday that there were disruptions on the route near Bad Schandau and that long-distance trains were being held back. According to information on the Deutsche Bahn website, traffic on the Dresden-Prague route is going to be suspended until Sunday afternoon amid flooding and landslides in the region.

Heavy rains and major floods have been ravaging western Europe this week. In addition to taking lives and inflicting injuries, the bad weather severely damaged buildings and other infrastructure in the affected areas.

Death Toll From Heavy Floods in Belgium Rises to 24