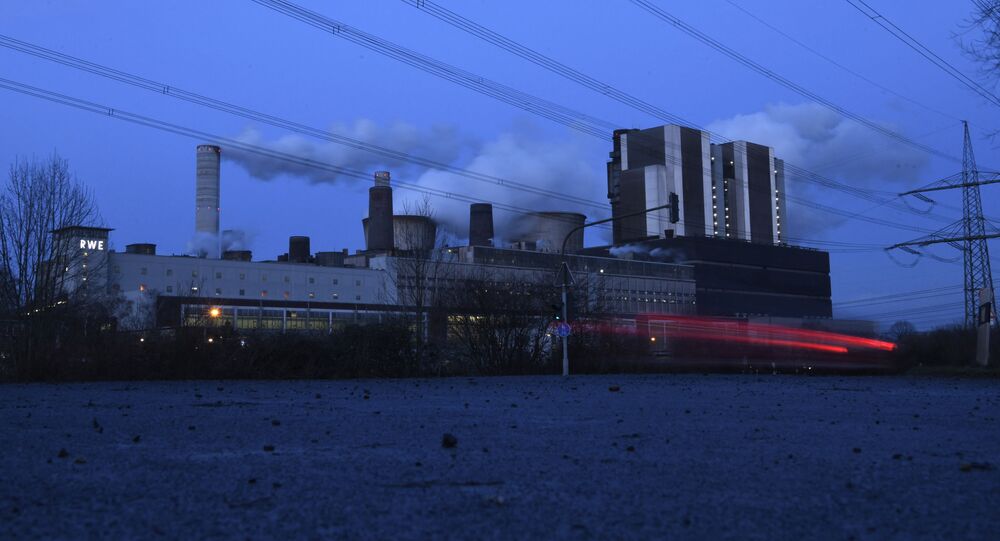 MOSCOW (Sputnik) - Germany's largest electricity producer RWE said on Saturday that waters from the Inde River in North Rhine-Westphalia had flooded a mine and cut supply to the Weisweiler coal-fired power plant, west of Cologne.

The utility said it hoped to restart coal production by the end of the week. It is assessing the time it will take to fully restore operations at the flooded mine and the power station.

Hydro power plants in the Eifel region and on the Mosel, Saar, and Ruhr rivers are also struggling with the consequences of the floods, the company added.

"With the exception of the Baldeney and Unkelmuehle plants, all are currently out of operation. This also applies to the hydro power station in Linne (the Netherlands)", it said.