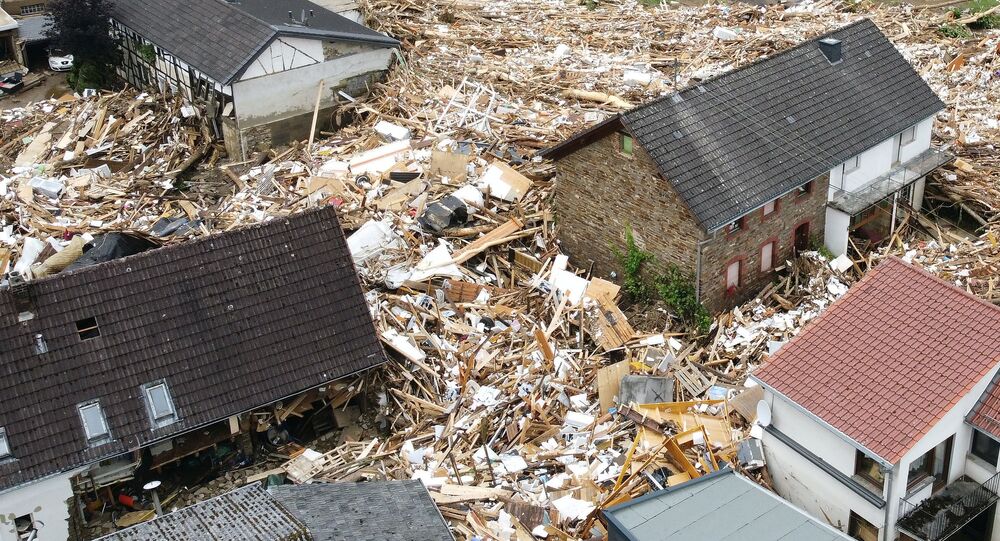 Over 90 People Killed, 618 Injured in Floods in Germany's Ahrweiler District

BERLIN (Sputnik) - More than 90 people were killed and 618 others were injured in the Ahrweiler district in Germany's southwestern state of Rhineland-Palatinate as a result of floods, Koblenz police said on 17 July.

"As of Saturday, at 5:00 a.m. [03:00 GMT], more than 90 people have died. We should be wary of an increase in the death toll. The police presidium received information about 618 injured. Here, the numbers can also grow," the city police said in a statement.

© AFP 2021 / INA FASSBENDER
German President Calls for Drastic Action to Tackle Climate Change Amid Floods in Europe
In most parts of the district, there is still no electricity or telephone communications. Due to bad weather, roads remain closed and people are cautioned against traveling to the region. Police continue to patrol the disaster areas.

Heavy rains and major floods have been ravaging western Europe over this week. The bad weather also severely damaged buildings and other infrastructure in the affected areas.

The downpour was brought to Germany by the Bernd cyclone on 12 July. The latest reported toll of casualties stated over 100 people killed and dozens of others missing. Emergency services, as well as the forces of the Bundeswehr, are involved in the rescue work.