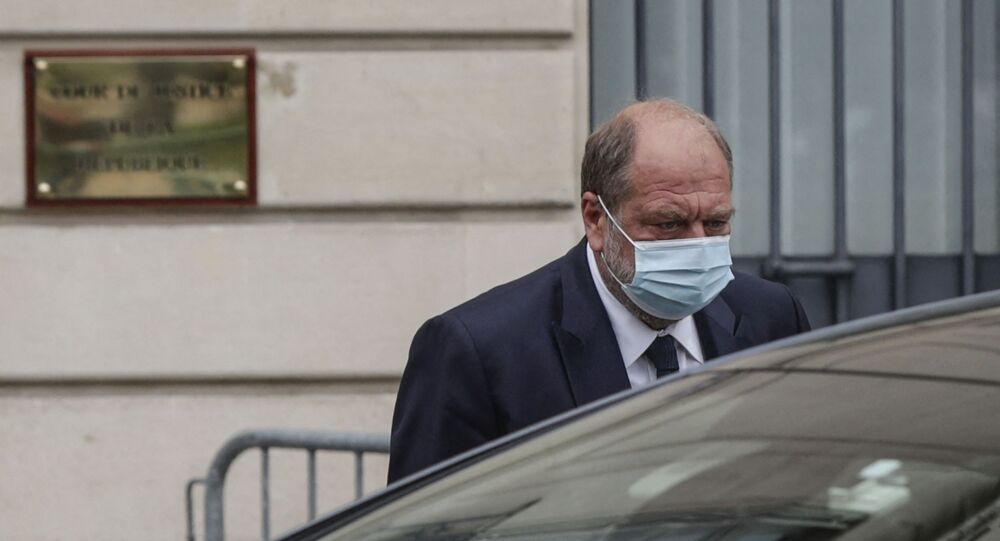 The justice chief was summoned to the Law Court of the Republic, the only body empowered in France to consider complaints against government officials.

During the hearing, Dupond-Morretti was accused of using his office to settle accounts with certain judicial officials with whom he had previously had issues when working as a lawyer, according to Christophe Ingrain, a member of his defence. Related complaints were filed by three magistrates' unions and the anti-corruption association Anticor.

"They did not explain to him the reasons why the investigative commission considered that the evidence was serious and coincidental", the lawyer added.

© AFP 2021 / GUILLAUME BERTRAND
This video grab taken from AFPTV on July 16, 2021, shows France's Justice Minister Eric Dupond-Moretti speaking to the press as he arrives at the Court of Justice for questioning in Paris. - French Justice Minister Eric Dupond-Moretti appeared in court on July 16,2021, for questioning that could lead to charges over alleged conflict of interest. The 60-year-old star lawyer was recruited by President Emmanuel Macron just a year ago, swapping his life as one of the country's most famous criminal lawyers for a career in politics.

The minister denies all accusations, while his defence intends to file a motion to dismiss all charges next week.