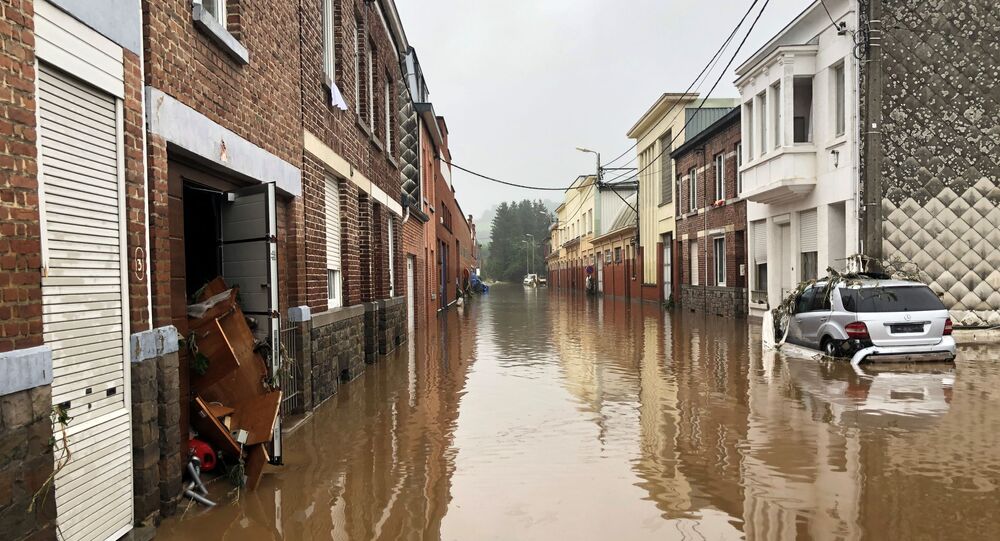 Death Toll From Floods in Belgium Rises to 15, Reports Say

BRUSSELS (Sputnik) - Three more people were found dead as a result of floods in Belgium's eastern Liege province, taking the total death toll to 15, while four people remain unaccounted for, the LeSoir daily said on Friday.

Of the 12 previously reported victims of floods in Liege, six people were from the city of Verviers; two from the city of Chaudfontaine; and one from each of Eupen, Pepinster, and Aywaille. Another person died in the Philippeville city of the Namur province.

Heavy rains and flooding have mostly affected the provinces of Liege, Namur and Walloon Brabant.

© AFP 2021 / ALEXANDER FORSTREUTER
A photo taken on July 15, 2021 shows water from the overflooded river Inde flowing into the opencast mine in Inden, western Germany, following heavy rains. - On July 15, the flood-carrying river Inde flooded a dike near the mine in Inden near Aachen and flowed into the mine. Heavy rains and floods lashing western Europe have killed at least 59 people in Germany and eight in Belgium, and many more people are missing as rising waters caused several houses to collapse.

The provinces of Luxembourg, Antwerp and Flemish Brabant also suffered from the boisterous weather. Hundreds of residential buildings and several bridges were destroyed, and roads and houses were flooded.

In Wallonia, the railroad traffic was suspended and over 20,000 people were left without power.

The rains stopped in most of Belgium on Friday morning.