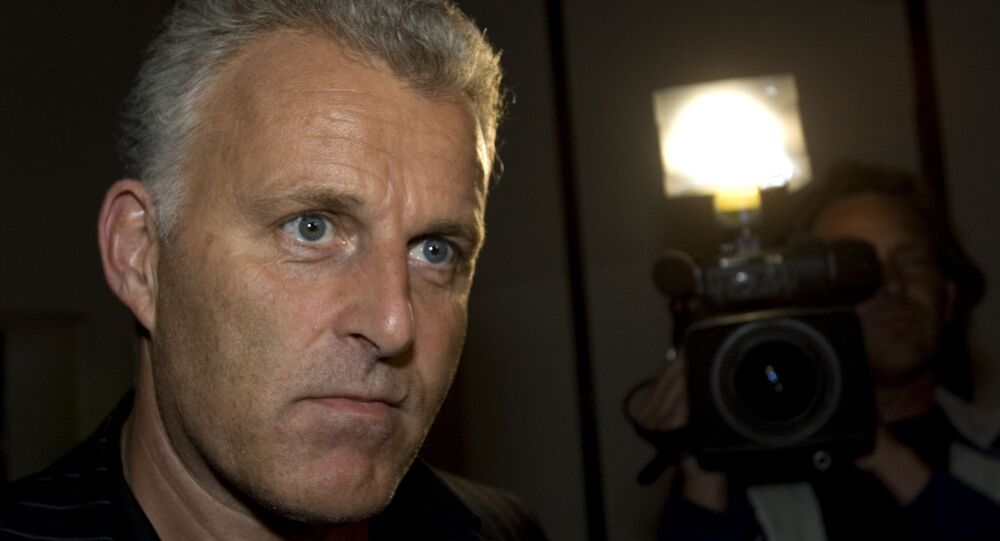 The death of stellar crime reporter Peter R. de Vries has shed light on the threats Dutch and European investigative journalists routinely face in their line of work, as well as governments' failure to shield the press from criminal syndicates, say European journalists and human rights activists.

On 15 July, celebrity Dutch investigative journalist and crime reporter Peter R. de Vries, 64, died in a hospital from wounds sustained in last week's assault. On 6 July, he was shot in the head on Lange Leidsedwarsstraat in Amsterdam after recording an episode of RTL Boulevard, a popular Dutch daily television programme.

Three suspects have been detained in connection with the deadly shooting, with one later being released, as Amsterdam Police Chief Frank Paauw revealed to the press.

De Vries' assassination has exposed the Dutch government's inability to provide adequate protection to the country's investigative journalists while criminals are taking over Dutch metropolises, according to Belgian human rights activist Andy Vermaut of the International Alliance for the Defence of Rights and Liberties (AIDL).

"Whenever Peter de Vries let his light shine, it always put an extra spotlight on the case and because of his public fame, he could claim extra cooperation from the entire Dutch society", the activist says. "The Netherlands, the land of big words regarding democracy, falls short in this respect, because the man who very definitely needed police protection, only received it after he was shot. Figs after Easter, we say to that".

Vermaut, who himself experienced a bloody attack in the Netherlands in 2001, says that he has learnt from this case how the Dutch system really works. According to him, "not only [is] the heart of free Amsterdam" affected by the terrible attack on de Vries, but also "the heart of top investigative journalism in the Netherlands and Europe".

"My thoughts go out to the family, but especially to all the investigative journalists who lost their lives because they stepped on the wrong toes with their pen or with their word, unworthy of a European society", the activist highlights.

© AFP 2021 / RAMON VAN FLYMEN
Flowers have been laid in the Lange Leidsedwarsstraat street in tribute to Dutch prominent crime journalist Peter R de Vries who was gunned down in broad daylight on July 6, 2021 on a busy Amsterdam street shortly after leaving a television talk-show, in the center of Amsterdam on July 12, 2021

Van Benthem notes that he himself has been subjected to threats from international criminal actors because of his coverage of world affairs.

"We never use our private [phone] number", the journalist says. "So, by calling your private number they are threatening you like 'we know where you live. We know where we can get you or your children'".

When it comes to de Vries, the attack "very probably is connected to the court case against a very well-known criminal", Van Benthem suggests, referring to the Marengo process, a trial of leading members of a Dutch-Moroccan criminal organisation called the "Mocro Mafia". Between 2015 and 2017, the crime syndicate conducted a series of assassinations. De Vries acted as a spokesperson for crown witness Nabil B., who is testifying against Ridouan Taghi, 43, an alleged mastermind behind the killing spree. In 2019, de Vries stated that he was on Taghi's hit list.

Not only de Vries, but also his colleagues and RTL Boulevard, the programme he worked for, have recently been threatened, Van Benthem notes, adding that earlier the Dutch police had intercepted messages of some individuals discussing an attack on the studio with a rocket propelled grenade. The programme's studio has been shut down for several days, while the staff is now broadcasting from a more secure location.

"Just two days ago the municipality said this will be for an indefinite time, a risk area because of the pursuing threats against the programme and the broadcaster", the journalist underscores. "And it’s in the media park in a very well-known media centre in the Netherlands. The city is called Hilversum. So, the threat is not only against that programme, but against other TV journalists as well".

Peter R. de Vries was a very courageous man who sought justice for people despite all the direct threats against his life, Van Benthem says, adding that his death is "a very strong loss for journalism".

The crime reporter was widely known for covering high profile cases, including the kidnapping of Freddy Heineken, CEO of the namesake brewing company and one of the richest people in the Netherlands, and the disappearance of Natalee Holloway, an 18-year-old American woman who went missing during a high school graduation trip to Aruba in the Caribbean. In general, the journalist investigated more than 500 murder cases, according to Dutch newspaper De Telegraaf, where de Vries started his career.