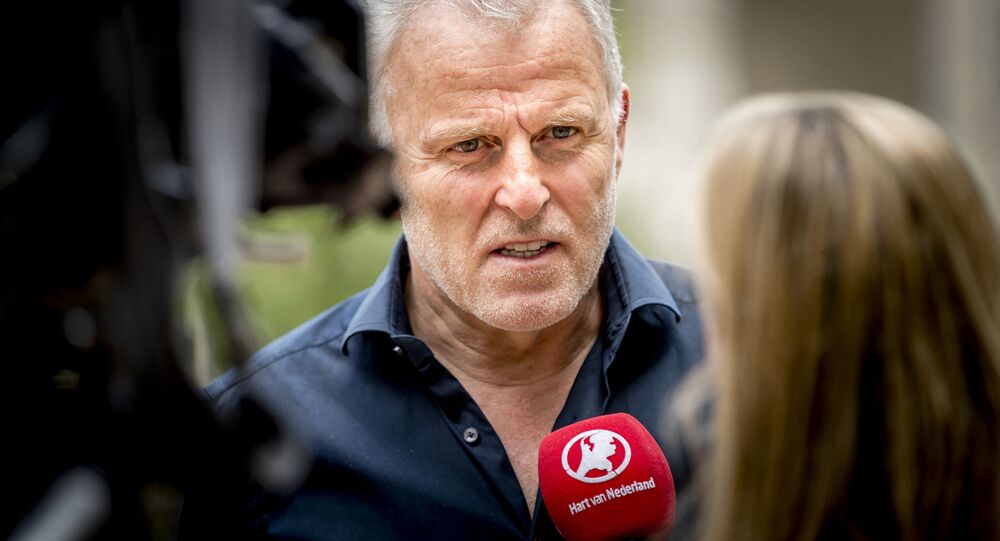 Peter R. de Vries, one of the Netherlands’ best known crime reporters, was shot in the head last week in downtown Amsterdam. As de Vries was left fighting for his life in a hospital, police detained three suspects, “including a possible shooter”.

"Peter fought to the end, but was unable to win the battle. He died surrounded by the people who love him", his relatives said in a joint statement, shared by the news outlet.

The crime journalist, who received much praise for his fearless reporting on the Dutch underworld, had been admitted to a hospital with grave injuries after being shot in the head last week. He was attacked after making one of his regular appearances on a television show.

Police have arrested a total of three suspects, including the potential shooter. There was no immediate word on a motive.

© AFP 2021 / RAMON VAN FLYMEN
Flowers have been laid in the Lange Leidsedwarsstraat street in tribute to Dutch prominent crime journalist Peter R de Vries who was gunned down in broad daylight on July 6, 2021 on a busy Amsterdam street shortly after leaving a television talk-show, in the center of Amsterdam on July 12, 2021

De Vries had long been deemed a possible target of the criminals he reported on. In 2019, the journalist said that he was "on the death list" of suspected organised crime boss Ridouan Taghi, who was extradited to the Netherlands from Dubai later that year. He is currently in a maximum-security prison in Vught, a town in the southern Netherlands, while he stands trial along with 16 other suspects. Taghi rejected the claims, insisting that the authorities and the judiciary system were "lying".

Last week, police and prosecutors declined to comment on whether the crime reporter received police protection.

The shooting was described as "shocking and incomprehensible" by caretaker Prime Minister Mark Rutte.

"An attack on a courageous journalist and also an attack on the free journalism that is so essential for our democracy, our constitutional state, our society", Rutte added.