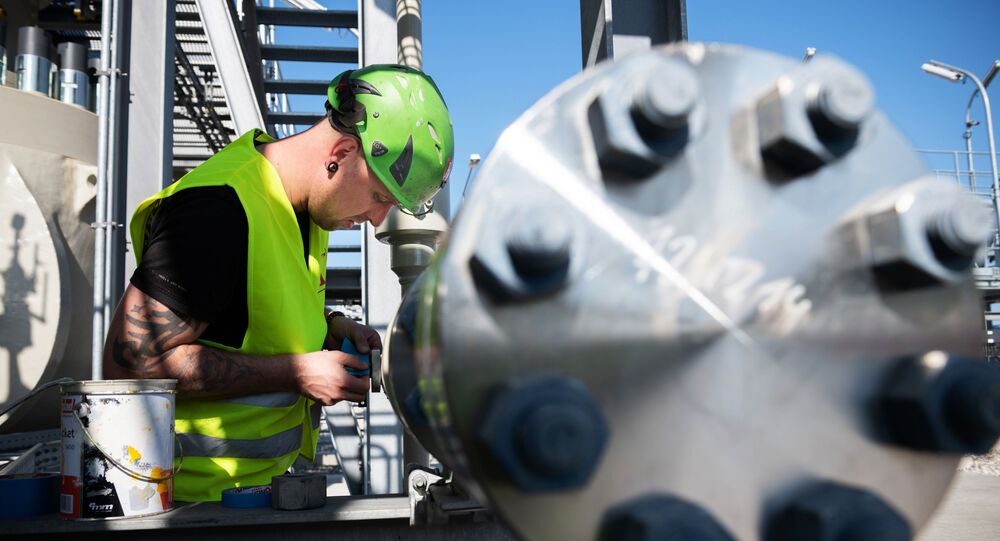 Earlier this month, Ukrainian President Volodymyr Zelensky described Nord Stream 2 as a weapon that Moscow could use against his country. Russia, however, has repeatedly warned against politicising what it calls a purely economic project.

Writing on his Facebook page on Tuesday, Vadim Rabinovich specifically pointed to Merkel's good manners during her talks with Zelensky.

"A well-bred woman even tells someone to f*** off in a polite manner, so as not to offend a person", Rabinovich noted, in an apparent nod to Merkel and Zelensky.

The Normandy format, which includes Russian, Ukrainian, German, and French negotiators, was created in 2016 in order to address the ongoing conflict in Ukraine. A civil war in the country has been raging since 2014 when Donetsk and Lugansk declared their independence from Kiev following a violent coup d'etat in the Ukrainian capital.

Rabinovich's remarks come after Zelensky told reporters he and Merkel "have different views on the Nord Stream 2 pipeline", but that he was satisfied with the four-hour negotiations between him and the German chancellor in Berlin.

The Ukrainian president earlier argued that "the biggest challenge to Ukraine at the moment in this [energy] sphere is the completion and launch of Nord Stream 2", which aims to carry 55 billion cubic metres of gas a year across the Baltic Sea, bypassing Ukraine. Kiev is now especially concerned over the looming halt in transit payments.

"Its operational launch is not related to economics. It is a weapon against Ukraine and, I am certain, will be a weapon against all of Europe in the future", Zelensky asserted, urging Kiev's western allies to torpedo the project.

The Nord Stream 2 pipeline's operator, meanwhile, has said it expects to complete the project by the end of August, adding that "the work is 98% done".

The pipeline's construction is being financed by the Russian energy giant Gazprom, Germany's Uniper and Wintershall, as well as France's Engie, Austria's OMV, and the UK-Dutch concern Royal Dutch Shell. Once completed, the pipeline is expected to double the capacity of the existing Nord Stream network.

© Sputnik / Пресс-служба Eugal
Russia to Continue Working on Nord Stream 2 With EU Partners, Despite Recent US Sanctions Threats
The US and its allies in Eastern Europe, especially Ukraine, have been actively opposing its construction, with Washington slapping two rounds of sanctions on the project and arguing that once the project is operational, Europe will become even more dependent on Russia's energy resources and that Moscow will use this as political leverage.

Moscow, in turn, views the US sanctions against the project as an example of unfair competition meant to boost American liquefied natural gas (LNG) exports to Europe. Russia has repeatedly warned against politicising what it touts as an exclusively economic project.

US Sanctions Could Stop Nord Stream 2 for Years, Ex-US Ambassador to Ukraine Claims