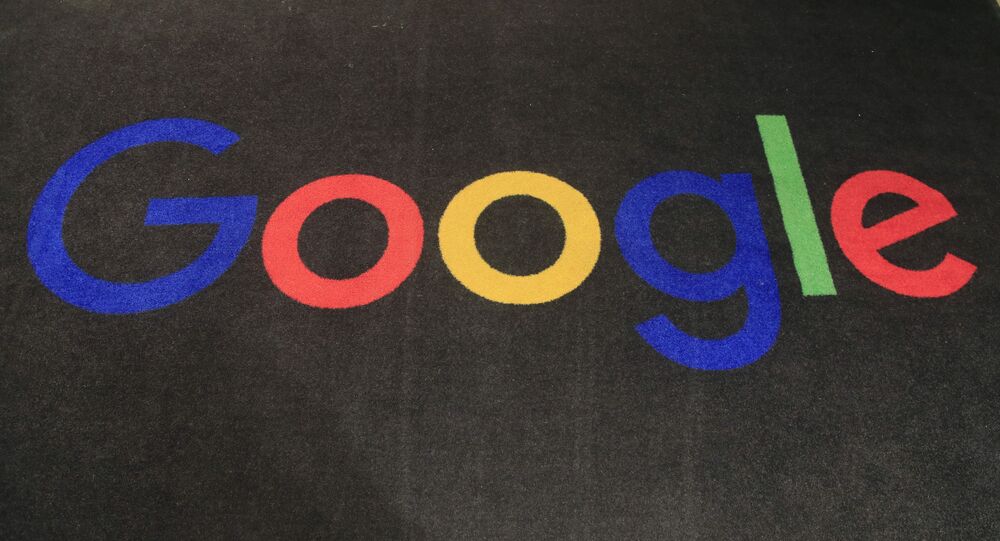 Google said in response that it is "very disappointed" with the watchdog’s decision, saying that the fine ignores the efforts of the company to reach an agreement with news publishers.

The French antitrust regulator announced on Tuesday that Google has to pay 500 mln euros in fines over a news copyright row. According to the authority, the company had failed to negotiate "in good faith" with media outlets over the republishing of their content.

© AP Photo / Virginia Mayo
In this March 23, 2010, file photo, the Google logo is seen at the Google headquarters in Brussels. Germany’s finance minister on Wednesday welcomed an agreement requiring large companies in the European Union to reveal how much tax they paid in which country.

"We have acted in good faith during the entire negotiation period. This fine does not reflect the efforts put in place, nor the reality of the use of news content on our platform", the company responded. "This decision is mainly about negotiations that took place between May and September 2020. Since then, we have continued to work with publishers and news agencies to find common ground".

Google faced its first antitrust fine in France in December 2019, when it was ordered to pay 150 million euros ($167 million). Several other fines followed shortly after, with the last one coming in June, as the antitrust watchdog announced that Google had to pay 220 million euros ($267 million) "for promoting its services in the online advertising sector".