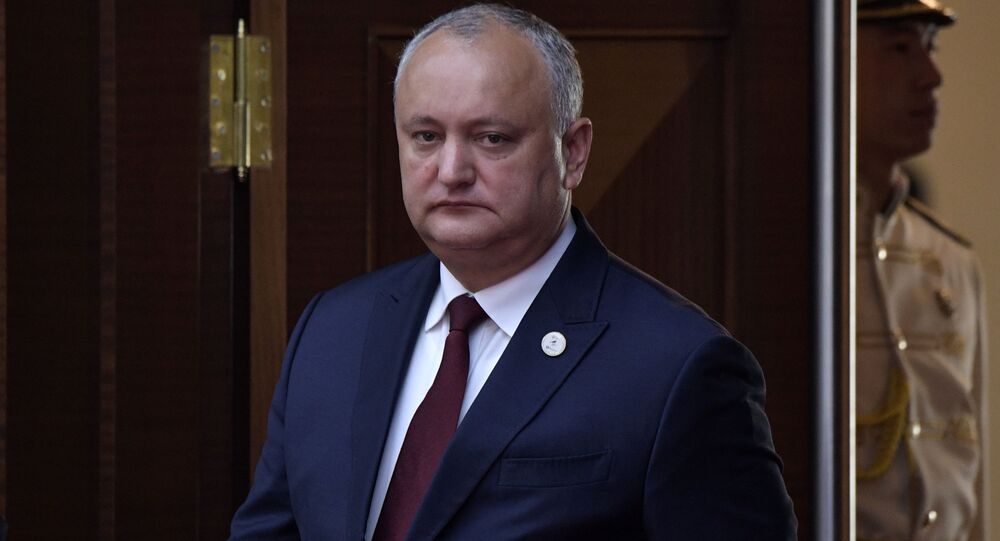 CHISINAU (Sputnik) - The time of Moldova's good relations with Russia seems to be over as pro-European movements are coming to power, the former president of the country, Igor Dodon, said Monday.

"I think the time of Moldova and Russia having a good relationship is over. A lot depends on the new parliament's position after the elections. If Moldova tries to join sanctions against Russia, it will lead to mass protests," Dodon told a brieifing.

"The Communists and Socialists bloc in Moldova considers the results of the parliamentary elections to be a democratic norm, I congratulate the Action and Solidarity Party and President Maia Sandu on their victory," Dodon said during a briefing.

The former president added that PAS follows the goal of Moldova’s unification with Romania.

"It is known that the Action and Solidarity party previously spoke about the need to unite with Romania. This will not happen in the near future, but they will work in this direction, our bloc is categorically against it," Dodon added.

In the parliamentary elections that were held in Moldova this Sunday, Party of Action and Solidarity secured 52.75 % of the vote, the Central Election Commission said after processing 99.95% of all ballots. The alliance of communists and socialists, co-led by Vladimir Voronin and Dodon, has 27.22% of the vote, the commission said.