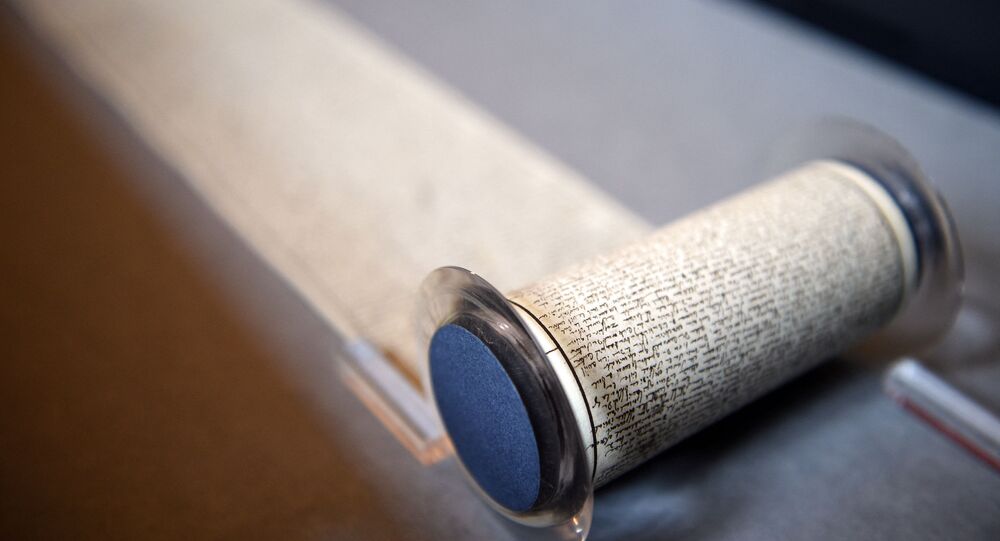 The manuscript was initially intended to be auctioned off as part of a collection of historic papers owned by the French investment firm Aristophil, which was shut down two years ago after being denounced by the police as a big "pyramid scheme," taking its investors' money with it.

The original manuscript of the Marquis de Sade's "120 Days Of Sodom" was purchased by the French government for over 4.5 million euros, securing for the country a work designated as a national treasure, France's ministry of culture announced on Friday.

The original text of the 18th-century carnal classic has had a tumultuous history, but its future now seems to be secure after a private benefactor stepped in with the funds. The cultural ministry intervened in the auction of the manuscript in December 2017, declaring it a national treasure and prohibiting its export.

In a statement, the ministry revealed it had paid 4.55 million euros for the novel for France. It praised the text as a "monument" that had influenced many writers.

The manuscript will be added to the Arsenal library's collection in Paris, which is a branch of France's BNF national library.

The text, which is 12 meters long and made up of 33 sheets over a width of 11.3 cm tied together in a scroll, is unusual in itself. On a scroll created from fragments of parchment smuggled into his Bastille prison cell right before the French Revolution, Sade penned the controversial work about four rich libertines in search of sexual satisfaction.

© AFP 2021 / MARTIN BUREAU
A photo taken on April 2, 2014 at the Institut des Lettres et des Manuscrits de Paris shows the manuscript of "The 120 Days of Sodom" written by the Marquis de Sade while he was imprisoned at the Bastille in 1785.

The renowned adulterer aristocrat was transferred to another prison shortly before the Bastille prison in Paris was besieged on July 14, 1789, at the start of the French revolution, and it was swept out by the mob.

Sade assumed it had been looted and the work was lost forever, but the incomplete novel was saved after being concealed by a revolutionary and then surreptitiously purchased by the Marquis de Villeneuve-Trans.

Only after German psychologist Iwan Bloch bought the book and approved its initial publication in 1904 did it become known to the general world. It went unpublished for over a century and was even banned in several countries, such as the United Kingdom, until the latter half of the last century.

According to the ministry, after police identified Aristophil as a "pyramid scheme," French courts seized 130,000 historic papers that the business had purchased for its investors in 2015. Aristophil previously boasted of having the world's largest private collection of French literary and historical documents.

As for the marquis, whose full name was Donatien Alphonse Francois de Sade, he spent much of his life behind bars as a libertine persecuted both during the royal regime and following the French Revolution. His contribution to literature was not fully appreciated until the 20th century, when the scandal surrounding his writing gave way to a greater comprehension of his ideas beyond the term "sadism," which bears his name.