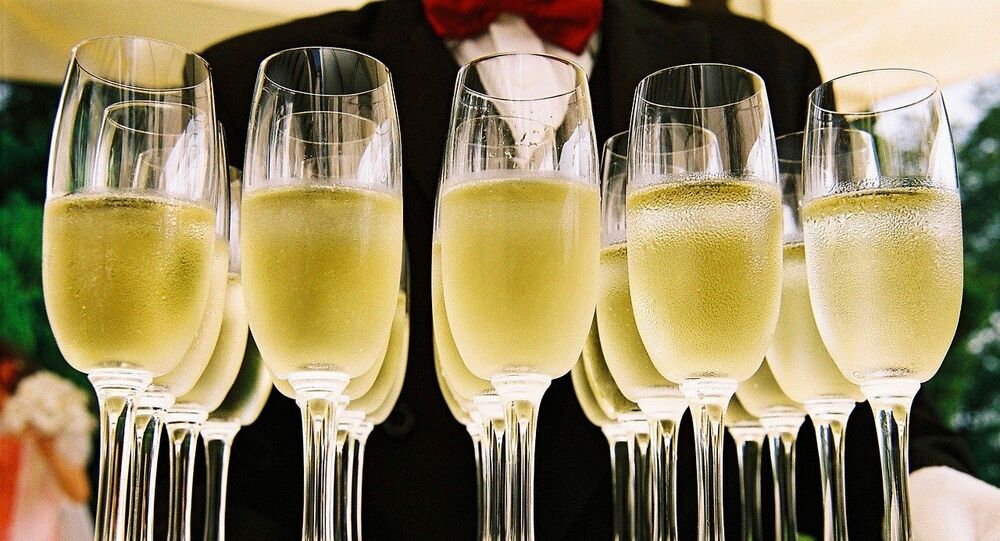 In a move that drew an impassioned response from France, Russia earlier this month made various changes to the state regulation of alcohol. In particular, in Russia the term "champagne" may only be used in relation to domestic products, whereas imported bottles - including those from Champagne - must be labelled "sparkling wine".

The simmering “champagne row” with Russia will best be settled through talks, French Trade Minister Franck Riester was cited by Reuters as saying on Friday.

Russia recently announced changes in legislation requiring imported bottles of champagne to be labelled “sparkling wine”, which flies in the face of France's Appellation d'Origine Controlée whereby only products which are genuinely from a particular district, can be named after that district such as Le Puy lentils and Parma ham. Needless to say, tempers have been running high.

"We are still analysing the exact scope of this text, which is long, in Russian, with legal and linguistic subtleties. It's probably not just a problem for champagne but for other appellations such as cognac," Riester said.

Amendments to Federal law 171 "On the regulation of alcoholic beverages", adopted on 2 July, clarify definitions and introduces additional requirements for wine. In particular, the law excludes the concept of "champagne", allowing it to be used only in relation to local alcohol produced in Russia, known as "shampanskoye".

Accordingly, the legislation requires French producers to attach a label to the back of their bottles sold in Russia with the description "sparkling wine".

"It's the world turned upside down… The Russians are putting 'Champagne' on their labels and we're not allowed to," French champagne producer Michel Drappier fumed, according to the outlet.

Drappier added that the mere word “champagne” was “magical”.

"We have to fight so that our name is recognised, and not diluted," he added.

In response to the announced move, the French government vowed to react, possibly by appealing to the World Trade Organization.

Besides the logistical challenge of changing labels on consignments heading for Russia, experts have warned of domino effect if the move by Russia could give other countries “ideas".

"There will be Argentine or Korean champagne, and in the long run that will be dangerous for us," said Drappier.

Charles Goemaere, director of economic and legal affairs at the Comité Interprofessionnel du vin de champagne (CIVC) [Interprofessional Committee for Champagne Wine], the producer's lobby, was cited by Reuters as saying "the champagne community is in shock".

Amid the announcement, shares in leading Russian producer of the sparkling alcoholic beverage - Abrau-Durso – soared.

French Foreign Minister Jean-Yves Le Drian was cited as saying that France intended to discuss the new Russian law regulating how champagne should be labelled with the subject also considered at the EU level to protect the interests of French producers.

"[Agriculture Minister] Julien Denormandie and Frank Riester are following the implications of this document - which we are now analysing - minutely. As soon as we understand all restrictions, we will react in the coming days at the bilateral level in relations with Russia, but also at the European level, in order to protect the interests of our producers", Le Drian said at the French National Assembly earlier.