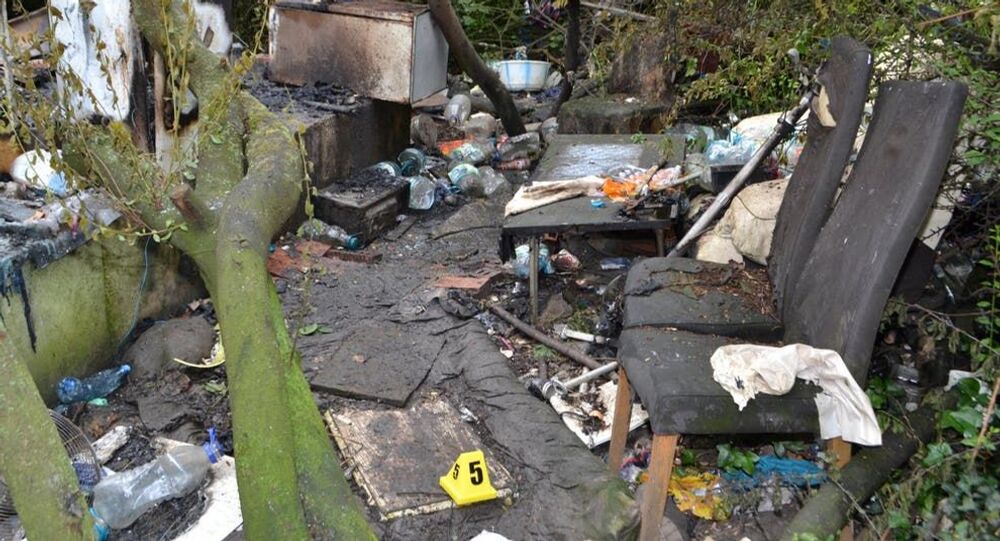 Foreign nationals make up six out of ten homeless people on the streets of London and a large percentage of them are Romanian. In 2019/20 the most common nationality of non-British citizens on the streets was Romanians - 1,491, compared to 828 Poles and 203 Lithuanians.

Two Romanians have been jailed for setting light to a makeshift hut, killing a compatriot and inflicting serious burns on another man who survived to tell the tale.

All four men were homeless and eked out a living as casual labourers in east London.

Ionel-Octavian Stanciu, 37, had admitted manslaughter but was found guilty of murdering Ionut Manea and grievous bodily harm with intent on Petrisor Manea.

© Photo : Metropolitan Police
Ionel-Octavian Stanciu, who poured petrol on the shack and then lit it

Petra Deliu, 52, was acquitted of murder but convicted of manslaughter and grievous bodily harm.

Detective Sergeant Ian Valentine said: "This is a tragic case in which one man lost his life, and a second suffered horrendous burns. Ionut Manea came to this country to seek a better life but instead he found himself living in a makeshift camp on wasteland close to a busy road."

In December 2018 Ionut Manea had managed to find a makeshift hut in woods between the North Circular Road, a major arterial highway, and the River Roding in Ilford, east London.

Deliu and Stanciu had both been drinking heavily on the night of the fire and the only motive the police could find was that Deliu bore a grudge against Ionut Manea for turfing him out of the hut and forcing him to sleep rough.

When police launched their investigation they had no idea who Ionut Manea was but they traced his relatives in Romania and identified him using familial DNA techniques.

A jury at the Old Bailey in central London were shown a video clip of two Romanian men dancing drunkenly to music in the shack.

© Photo : Metropolitan Police
Petra Deliu bore a grudge after being turfed out of the shack

The shack had been built without planning permission in 2009 but prosecutor Tim Cray, QC, said it had two beds and a lock and Ionut Manea had guarded it jealously since February 2019 when the previous ‘owner’ moved out.

Mr Cray said that on the night of 18 June 2019, around 11pm, Deliu and Stanci, bought a jerrycan from a filling station, filled it with petrol and walked for 40 minutes into the woods.

Mr Cray said Stanciu poured the petrol over the hut and lit it, creating a “horrifying” fireball.

He said Manea, who was known to friends as The Bodyguard, was “engulfed in flames”, while his friend Petrisor Manea survived.

There were three trials in total with the first one, in the spring of 2020, collapsing because of the coronavirus pandemic.