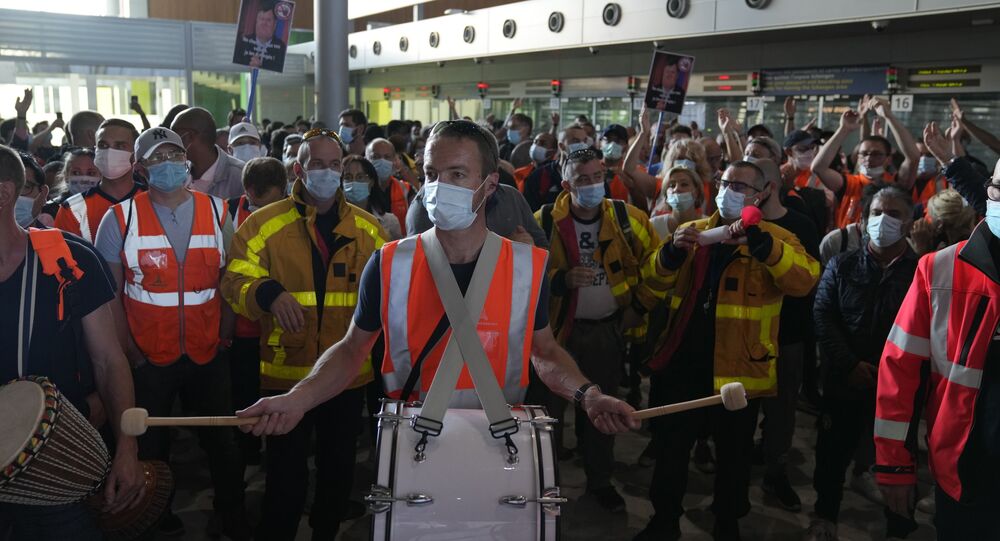 MOSCOW (Sputnik) - Hundreds of airport workers gathered at the entrance to the Charles de Gaulle (CDG) and Orly airports in Paris on Friday to protest pay cuts, which the airport authority hopes will allow it to avoid layoffs.

"Demonstration underway at CDG and Orly. Road access punctually disrupted. We recommend you to anticipate your arrival at the airport," the airport authority tweeted.

Some 350 protesters gathered outside Charles de Gaulle and 200 near Orly, France Bleu radio reported. Police were visibly present at the Orly airport’s Terminal 4.

The radio said that airport trade unions filed a strike notice on Friday that envisages industrial action lasting until 7 a.m. (05:00 GMT) on Sunday.

The airport management told passengers to expect difficulties getting into the terminals, after protesters were barred from entering to avoid the kind of disruptions seen last week.