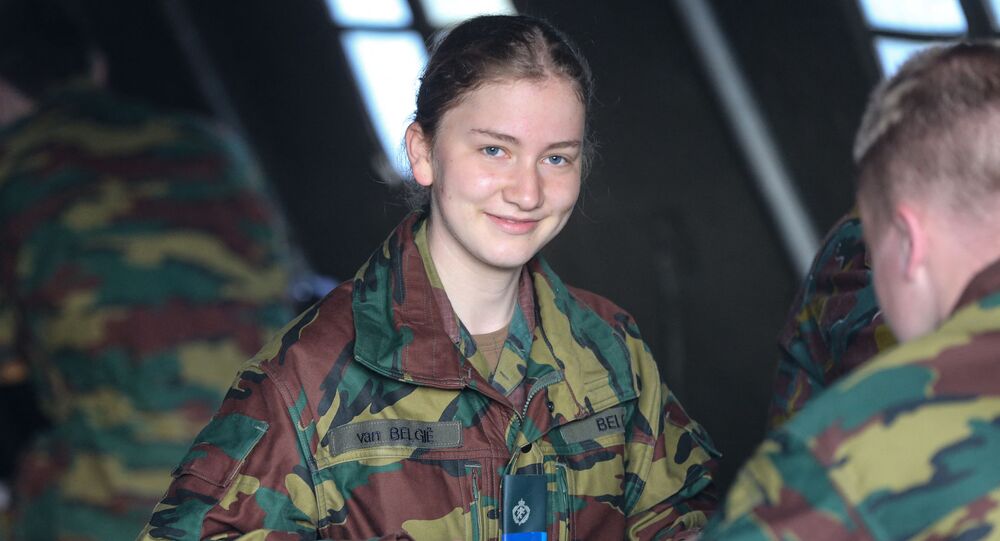 The eldest child of King Philippe and heiress to the throne is now studying at the Royal Military Academy in Arlon, where her father spent three years as a teenager.

The Princess of Belgium has been snapped taking part in drills at the Royal Military Academy in Arlon, Belgium. A recent photo shows Elisabeth, 19, marching in formation with her fellow cadets while dressed in camouflage as she completes the final stage of training during her first year at the academy.

© AFP 2021 / FRANCOIS WALSCHAERTS
Belgium's Crown Princess Elisabeth, stands to attention as she attends a tactical military exercise at the Royal Military Academy at the Lagland camp in Arlon on July 9, 2021

The camp is part of the last training phase for first year students, and constitutes part of the initial military phase for the Royal Military Academy's officer cadets.

According to a law change in 1991, females can succeed the throne in Belgium, which means Elisabeth will become the country's first queen regent if she decided to take up the role.

Elisabeth previously spent more than a year boarding at UWC Atlantic College in South Wales before returning home to Brussels in March ahead of the COVID-19 lockdown. The princess received her international baccalaureate diploma last summer and is now doing a one-year course in social and military sciences.