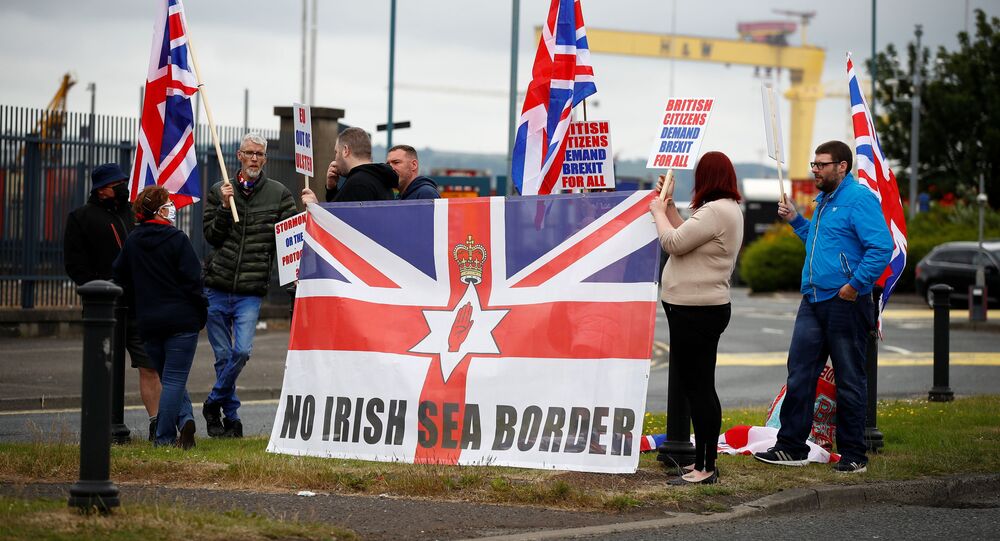 Northern Ireland, part of the United Kingdom, remained inside the EU's customs union following Brexit. But tariffs and custom checks that emerged between Great Britain and Northern Ireland following London's exit from the block and the end of last year's transition period left unionists and loyalists frustrated.

A statement from Northern Ireland's Loyalist Communities Council (LCC) called the Republic of Ireland's government "errant" on Friday, adding that it "has effectively instigated a state of Cold War" against the country, which is a part of the United Kingdom.

Last week, Coveney warned of rising tensions among Northern Irish loyalists over "a language of the identity of politics" that he said was added to the protocol. The cabinet minister argued that it wasn't "realistic" to talk about scraping and replacing the agreement.

"The LCC requires urgently to know how HM government and the European Commission will deal with this errant government which has effectively instigated a state of Cold War against Northern Ireland and its people," the group said in a statement.

LCC, which represents the Ulster Volunteer Force (UVF) and the Ulster Defence Association (UDA), announced in March that it was withdrawing its support for the Good Friday Agreement over disagreements with the Brexit deal's protocol on NI.

Brexit negotiators worked hard to ensure there is not hard border between Northern Ireland and the Republic of Ireland following Britain's exit from the European Union last year to stay in line with the Good Friday Agreement, which in 1998 ended a violent conflict between the Republic and Northern Ireland. Northern Ireland has thus remained part of the EU's customs union, but the arrangement has put all goods flowing to Northern Ireland from Great Britain under strict control and subject to border checks.

European Commission President Ursula Von der Leyen maintains that there is no alternative to the Brexit deal's Northern Ireland protocol, which specifies the arrangement. But critics from London and Belfast argue that agreement has effectively undermined the UK's single market.

UK Brexit Minister David Frost said on Thursday that the United Kingdom will not deliver an ultimatum to the European Union to resolve the issues with the protocol, but urged Brussels to stay "pragmatic" on the matter and drop its "ideological" approach when it comes to Northern Ireland.