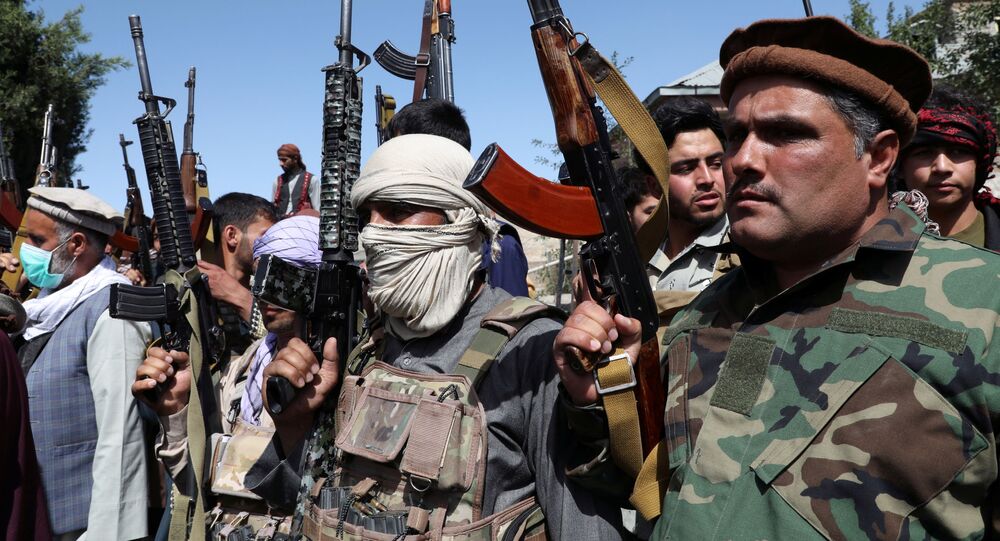 In recent weeks, the Taliban has seized dozens of districts across the country, ranging from rural areas to major cities, as US and NATO forces continue their pullout from Afghanistan after nearly 20 years in the troubled country.

Finnish Foreign Minister Pekka Haavisto of the Green Party has warned that the Taliban's* rapid military advance across swaths of Afghanistan may unleash a new wave of refugees fleeing the country and seeking asylum in Europe.

"If the Taliban takes over more territory in Afghanistan and people's lives become even more difficult, it is possible that we will see a new influx of refugees from Afghanistan", Haavisto warned in an interview with national broadcaster Yle.

The foreign minister also ventured that Turkey could become a key transit route for refugees looking to flee to Europe.

In recent weeks, Taliban insurgents have taken over dozens of districts. According to recent reports, about a third of the country is now under their control.

The Taliban's territorial gains, ranging from rural areas to major cities, come as US and NATO forces continue their pullout from Afghanistan after almost 20 years in the troubled country.

Earlier, the US announced that it had already withdrawn 90% of its troops from Afghanistan. It is expected that the pullout will be completed by the end of August, shortly before the deadline of 11 September set by the Biden administration in April.

The withdrawal, billed as putting an end to "forever wars", raised concerns about the survival of the national government and the future of the country in general.

The Afghan diaspora numbers millions of people living outside of the country's borders, with the largest numbers residing in Iran and Pakistan which are estimated to host over 3 million Afghans. Large Afghan communities exist in Germany, the United Arab Emirates, the US, and Russia.

Afghanistan has been the largest refugee-producing country in the world for several decades, dislodged to second place by Syria in recent years.