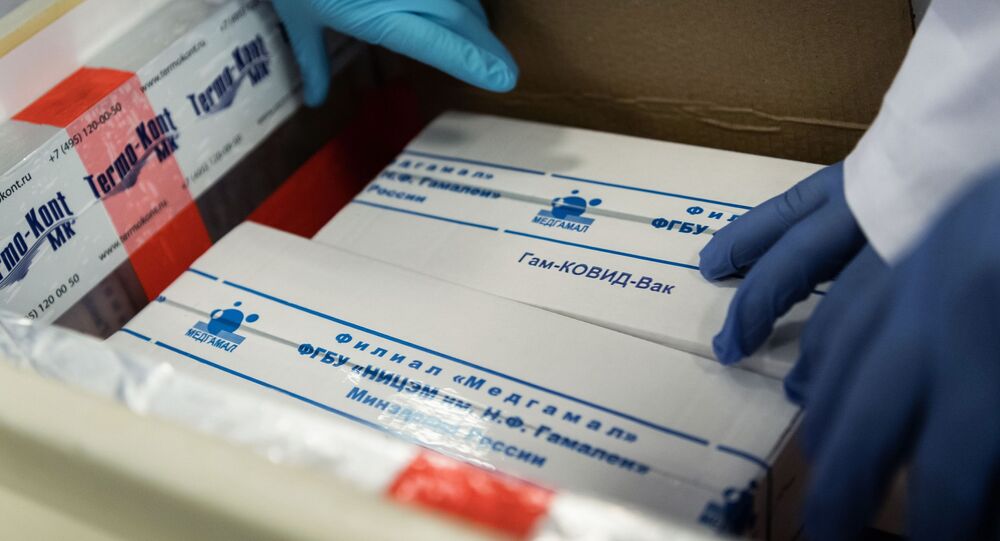 The Russian-made Sputnik V vaccine delivered to the European country "saved the lives of a million citizens," the Hungarian minister said during the award ceremony at the Innoprom 2021 trade fair in the Russian city of Yekaterinburg.

"In January, after long and serious negotiations, the contract was signed. ... We received 2 million doses of Sputnik V on time. Almost a million Hungarian citizens have been vaccinated with it. If we had not signed this contract and if it was not your personal control over the supply, we would not have conducted the fastest vaccination campaign in the European Union. Without your personal participation, we would not have reached the figure 75% of the vaccinated among the adult population," Szijjarto said, thanking Manturov.

​The Russian minister, on his part, stressed the importance of Hungary's assistance in the supply of components for ventilators to Russia, and expressed the hope for further active economic cooperation between the countries.

"I am very grateful for such an assessment of our joint work in all areas," Manturov noted.

Hungary is the first EU country to register Sputnik V. In May, the Russian embassy in Budapest announced that Hungary had received all the contracted doses from Russia. Budapest is also said to be discussing domestic manufacturing of the vaccine with Moscow.

The approval of Sputnik V within the European Union has been tinged with controversy as various officials and politicians spoke out against the use of the Russian vaccine for various reasons. Russia, for its part, has raised the issue of possible political bias against the vaccine, that its advanced efficacy has been proved in clinical trials.