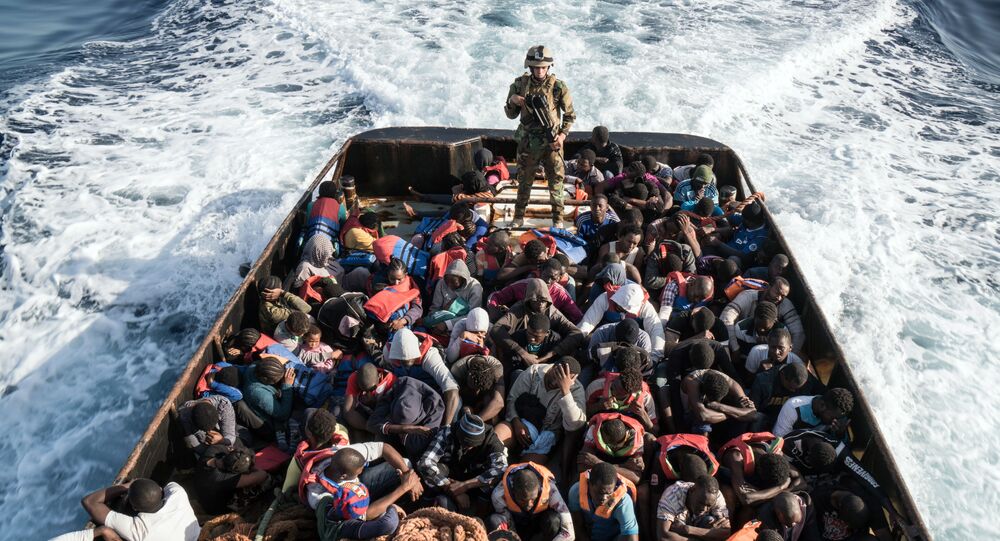 Norway's social-democratic Labour Party is ready to support its Danish sister party's idea of processing asylum seekers' applications in third countries in order to avoid what it dubbed "death journeys" across the Mediterranean.

Norway's Labour Party has opened up to sending asylum seekers to reception centres outside Europe, an idea that previously sparked controversy across Europe, the newspaper Aftenposten has reported.

Earlier this year, Denmark's Social Democrat government passed a law that allows the country's asylum process to be moved from Europe. Among others, the African nation of Rwanda has been floated as a tentative alternative to process asylum seekers' applications.

The nation's Labour Party is ready to follow in their Danish sister group's footsteps, despite the controversy and criticism from international human rights organisations this decision has sparked, saying this is being done for humanitarian purposes.

"Our starting point is that we also want third country cooperation to end the death journeys across the Mediterranean", Labour immigration spokesman Masud Gharahkhani said. "But we must find solutions that are practically possible and in line with our international obligations. I think the debate is a little different between us and the Danes in this", he emphasised. For instance, a prerequisite is that the person in question has already been to the country before.

Gharahkhani underscored that there may be individual circumstances barring immigrants from being sent to a third country.

"If it is not safe enough to send the person in question to a third country, we don't want to do it. The same if we don't have an agreement with the country you have travelled through. Then we want to process the application here in Norway".

Yet, current Justice Minister Monica Mæland of the ruling Conservative Party has flatly refused a Danish invitation for cooperation on asylum reception in Africa.

Remarkably, the polarising plan to "outtask" the asylum process to countries in Africa, received a warm welcome from Sweden's right-of-centre opposition parties, such as the Sweden Democrats and the Moderates. However, Sweden's ruling Social Democratic Party was unsupportive. Its Immigration Minister Morgan Johansson ruled out the idea of mimicking the proposal to establish asylum camps in Africa, initiated by his Danish sister party, as unrealistic, and instead urged the West to shoulder the responsibility.