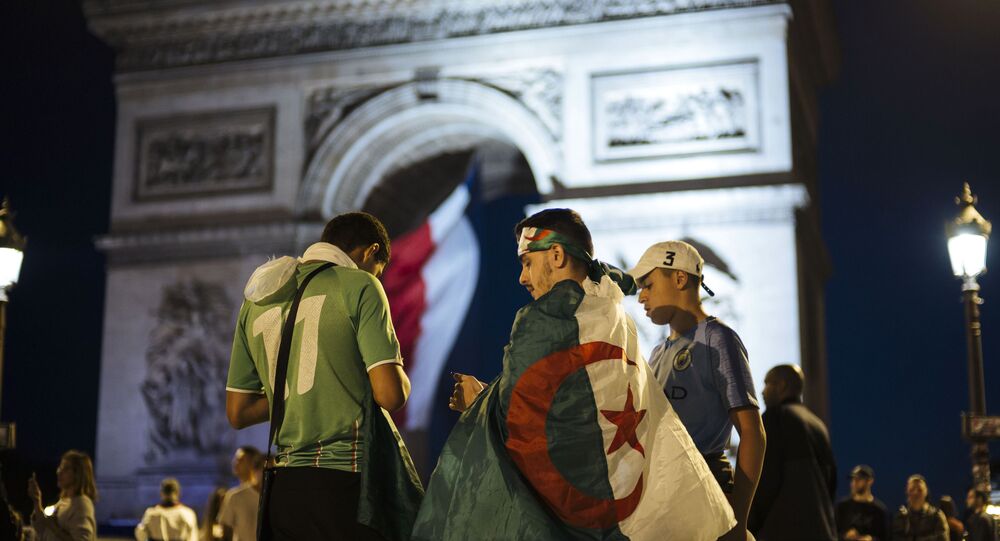 The former Rothschild banker-turned centre-right politician is facing an uphill battle against conservative, nationalist and anti-globalist forces ahead of next year’s presidential elections, and has sought to win over potential detractors by expressing support for policies or positions they favour in recent months.

French President Emmanuel Macron has taken a stand against the concept of “intersectionality,” the critical race theory idea fashionable among many Western college professors which argues that the levels of discrimination or privilege an individual might face is based on a combination of his or her social and political identities, primarily race and gender.

“I see that our society is becoming progressively radicalised,” Macron said, speaking to Elle magazine, when asked about what he thought of identity politics. “Interracial logic fractures everything,” because it “refers each individual to his/her identity,” he said.

Macron characterised himself to be a “universalist,” saying that he doesn’t agree “with a fight that reduces everyone to their identity or their particularity.”

“Social difficulties are not only explained by gender and the colour of your skin, but also by social inequalities,” he insisted. “I could introduce you to young white men…who live in Amiens or Saint-Quentin, and who also have immense difficulties, for different reasons, in finding a job."

The interview comments are at least the second time in the past year that Macron has taken aim at academics and activists seeking to force France to face up to its legacy of colonialism and racism, and who claim that this legacy continues to cause exploitation and injustices today. Last year, as officials in the US, Britain, and other Western countries yielded to Black Live Matters protesters looking to reevaluate their countries’ founding historical narratives, Macron vowed to resist such efforts in France, stressing that his country would “not erase any trace, or any name, from its history” and would “not take down any statue.”

© AP Photo / Rafael Yaghobzadeh
A man jogs past the statue, covered with red painting, of Hubert Lyautey, who served in Morocco, Algeria, Madagascar and Indochina when they were under French control, and later was France's minister of war during World War I., Monday, June 22, 2020.

In a separate appeal to social conservative sentiments in French society, Macron used the incident of the gruesome beheading of a French schoolteacher by an Islamist radical over the showing of caricatures of the Prophet Muhammad to students to declare a war on Islamic radicalism and separatism. His stance caused him to butt heads with President Recep Tayyip Erdogan of Turkey over the alleged "discrimination" of Muslims in Europe.

© AFP 2021 / PHILIPPE DESMAZES
Man Who Slapped Macron Reportedly Sentenced to Four Months in Prison
The concepts of "intersectionality" and "critical race theory" are a popular feature of modern Western academia, and have been described by their detractors as expressions or outgrowths of "Marxist" or "neo-Marxist" concepts and thought. In reality, classical Marxism is focused on the idea of class struggle superseding identity politics and all other conflicts, with critics of critical race theory arguing that it is really a liberal or neoliberal ideology designed to divide society into racial, gender and other identities to prevent them from seeing eye-to-eye on their common adversaries.

Macron’s comments to Elle come as the embattled French leader prepares to face off against increasingly vocal and popular opposition from his right flank in next year’s presidential elections.

Macron's Popularity Largely Unchanged at About 40% Over Past 2 Months, Poll Shows