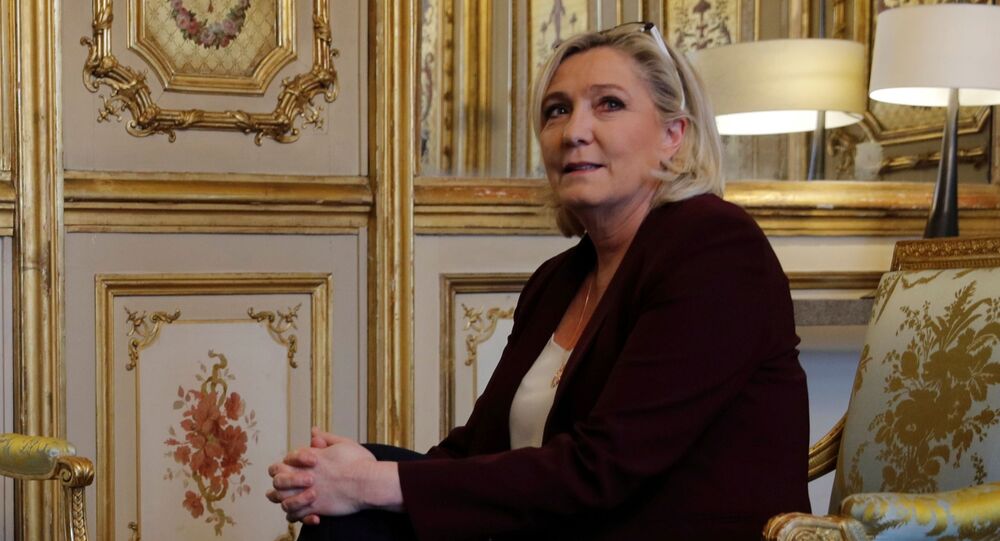 Le Pen lost to En Marche leader Emmanuel Macron in the 2017 presidential runoff, and is widely expected to run again in the April 2022 presidential elections.

Marine Le Pen has been reelected as the head of France's National Rally opposition party for a fourth term, taking 98.35 percent of the votes in an uncontested race. The remaining ballots were either blank or spoiled. The party did not immediately provide details on how many people took part in the largely symbolic vote.

Le Pen Sr and his daughter suffered a very public falling out, with Marine Le Pen taking the party from a far-right political force known for controversial statements about Jews, the Holocaust, and foreigners, to a more traditional conservatism, French nationalism, anti-globalism, protectionism, and populism. Two of the party's central flanks continue to be anti-immigration and soft Euroscepticism. The party has also expressed opposition to excessive US interference in European affairs and has supported the lifting of anti-Russian sanctions and improving Paris' ties with Moscow generally.

Ms. Le Pen took 21.3 percent of the vote in the first round of the 2017 presidential election, trailing behind Emmanuel Macron, who took 24 percent. In the two-candidate runoff vote that followed, Macron defeated Le Pen 66.1 percent to 33.9 percent.

© REUTERS / SARAH MEYSSONNIER
French Lower House to Examine Reasons Behind Low Turnout in Regional Elections
The National Rally holds just 6 of 577 seats in France's National Assembly parliament, and 1 of 348 seats in the Senate. However, it has a more significant presence in the the European Parliament, holding 21 of France's 79 allotted seats after elections in 2019. A total of 252 of France's 1,758 regional councillors are also party members.

President Macron's ratings suffered a considerable slide soon after his election in 2017, with his government's austerity reforms sparking mass protests. According to a recent poll by Elabe, 36 percent of Frenchmen approve of Macron's performance, while 58 percent disapprove, and 6 percent have no opinion. An Ipsos poll conducted last week found that if elections were held today, Macron would receive between 24 and 27 percent of the vote, with Le Pen trailing behind within the margin of error with 24-26 percent.