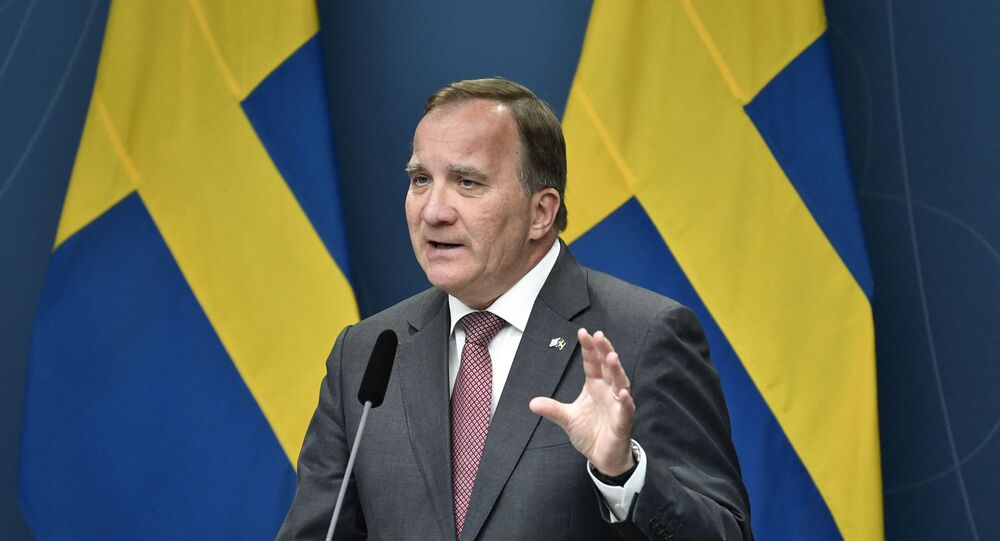 Ousted Prime Minister Stefan Löfven is currently estimated to have the highest chances to reclaim his post. If further negotiations fail, however, Sweden is on route to early elections for the first time since 1958.

Barely a week since his resignation over a no confidence vote, Prime Minister Stefan Löfven has once again been commissioned to form a new government in Sweden.

“I have tasked him with exploring the possibilities of forming a government,” Speaker of Parliament Andreas Norlén said, as quoted by national broadcaster SVT.

Earlier, opposition leader Ulf Kristersson of the Moderate Party threw in the towel and admitted that he had failed to form a government.

Formally, Kristersson had until Friday to find a solution, but said on Thursday that the parliamentary preconditions for forming a new right-of-the-centre government in Sweden “do not exist”.

Since the autumn of 2014, Prime Minister Stefan Löfven has presided over a coalition government consisting of the Social Democrats and their sidekicks, the Greens. In June, Löfven's government resigned as a result of a rather unexpected no confidence vote over housing market regulations, which for a fleeting moment united the parties from the Left with the national-conservative Sweden Democrats.

Facing a choice between resignation and extra elections, Löfven chose to step down on Monday, dubbing it “the most difficult political decision he ever made”.

“Today, I have been instructed by the Speaker of Parliament to explore the possibilities of forming a government. My message remains that the Social Democrats and I are ready to shoulder the responsibility for leading the country forward together with other constructive forces,” Löfven said.

For now, Löfven has time until Monday, but with the possibility of extension. To form a new red-green government, he needs 175 votes in the parliament, one more than the rival bloc. This exact vote earlier precluded Kristersson from forming a Moderate-led government, as the opposition has a combined 174 votes. According to SVT political commentator Mats Knutson, Löfven currently has the highest chances to come back as prime minister.

Should Löfven fail to succeed, however, Speaker of Parliament Norlén said he will once again nominate Kristersson as prime ministerial candidate, with a vote to be held in parliament.

It is not the first time that Sweden has been engulfed in political uncertainty. Following the 2018 parliamentary elections, it took four whole months of negotiations before Löfven was re-appointed Prime Minister in January 2019. Norlén maintained that the process could not take as long this time. If no majority is formed after four attempts, early elections will be called within three months, for the first time since 1958.