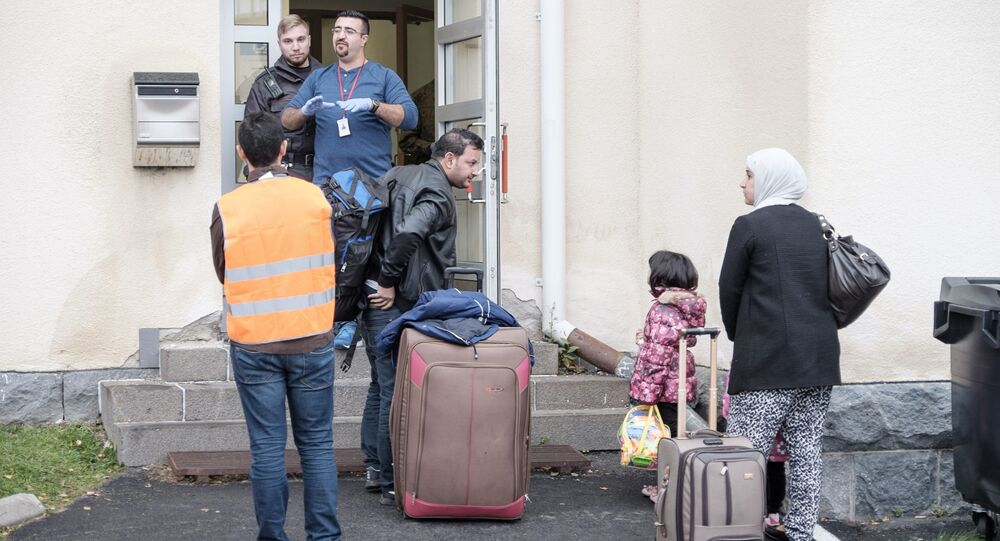 Almost half of Finns believe that the country's ageing and declining population calls for a strategic bet on work-related immigration, which apart from plugging the gaps in the labour market is expected to provide international influence.

According to a survey conducted by the Finnish Business and Policy Forum, 48 percent of Finns believe that work-related immigration should be promoted as a counterweight to Finland's record low population growth and the ageing population, national broadcaster Yle reported.

Positive attitudes have increased by a record 29 percent since 1998.

Women tend to be more positive about immigration than men, and Finns aged 18–25 and those over 65 appear to have the most positive attitude towards immigration, the survey indicates.

© AFP 2021 / Mahmud Turkia
Finland Warns of 'Far-Right' Terror Threat as 'Great Replacement Theory' Gains Ground
Interestingly, respondents saw other benefits to immigration than just compensating for the shortage of labour. A clear majority of Finns, 57 percent, believe that work-related immigration can provide useful international influence. However, just over a fifth, 22 percent, see no benefit from work-related immigration. Furthermore, a third of Finns, 34 percent, see no need to facilitate immigration.

According to Statistics Finland, 423,000 residents (or 7.6 percent of the country's 5.5-million-strong population) had a foreign background as of 2019, and their number is projected to grow further. Historically, Russians, Swedes and Estonians have had the largest diasporas, but Iraqi and Somali communities have been growing the fastest in recent years. Numerous polls conducted in the 2010s indicated that a majority of Finns would like to limit immigration to the country, which is why the recent polls imply a change of heart.

At the same time, the Nordic country is experiencing a protracted baby bust, with fertility rates steadily plummeting from 3.1 births per woman in the 1950s to a record-low 1.41 in 2020, a process mirrored elsewhere in Europe, including in Norway.