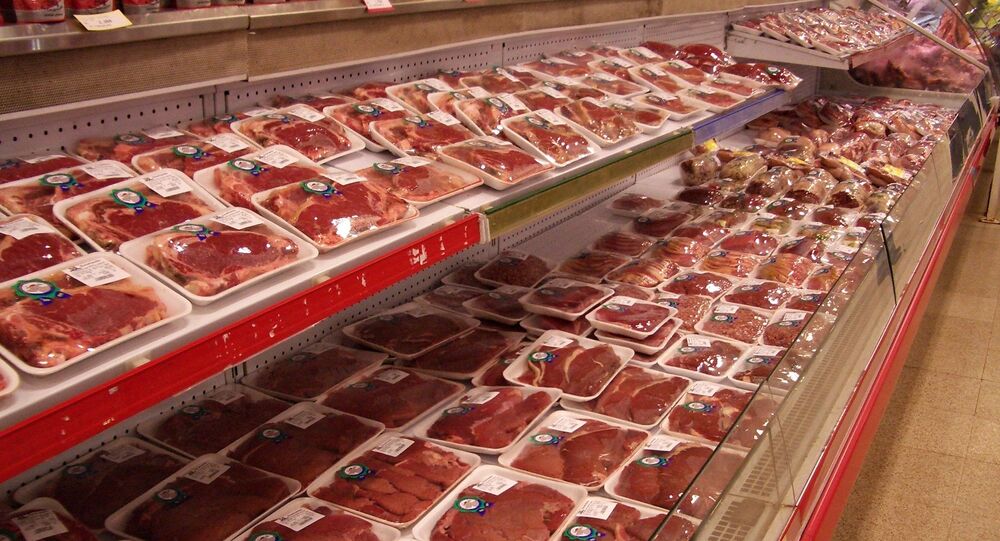 The issue has been the subject of heated debate between the two sides and could have led to a trade war. The current agreement may allow London and Brussels to find a long-term solution to the challenges relating to the Brexit provision.

Britain and the European Union have agreed to extend the grace period of the Northern Ireland Protocol (NIP), allowing deliveries of chilled meat to Northern Ireland, UK Brexit Minister David Frost said. The official stressed that the agreement does not require the rest of the UK to align with any changes in the bloc’s rules on food deliveries.

The government is working on a longer-term sustainable solution to the issue, said Frost, before adding that the issue of chilled meat deliveries to Northern Ireland is only one among a very large number of problems with the way NIP works.

Frost stressed that the NIP was disrupting deliveries in areas beyond chilled meat and called on the European Union to "deliver on its original aims: to protect the Belfast (Good Friday) Agreement, safeguard Northern Ireland’s place in the United Kingdom".

Brexit and the Sausage War

The current row between the United Kingdom and the European Union is based on the Brexit deal that was negotiated after London decided to leave the bloc in 2016. Parting ways with the EU meant Britain would no longer enjoy being in the bloc's single market, which guarantees the free movement of goods, services, and labour between its members states. After years of negotiations, the sides finally struck an agreement on what their post-Brexit relationship would look like.

Despite the agreement apparently working on paper, since the United Kingdom officially left the European Union there have been major delivery disruptions due to checks across the Irish border.

This has led to tensions in Northern Ireland and prompted concerns that the sectarian conflict there, which lasted almost three decades, may reignite. Unionists argued that the NIP threatens Northern Ireland’s membership in the United Kingdom.

Another issue was the delivery of chilled meat to Northern Ireland. The European Union only allows frozen meat to enter its single market. This means that deliveries of unfrozen sausages and mince from England, Scotland, and Wales to Northern Ireland are not allowed, because it is de facto an EU member and abides by its rules.

Back in December, the sides agreed to a six-month grace period during which they expected to resolve the issue, but no solution was found. The United Kingdom has insisted on renegotiating the terms of the NIP, while Brussels has been strongly opposed to it. At one point, British Prime Minister Boris Johnson threatened to unilaterally terminate the NIP, prompting Brussels to threaten London with a trade war and legal action.

The new grace period will end on 30 September.