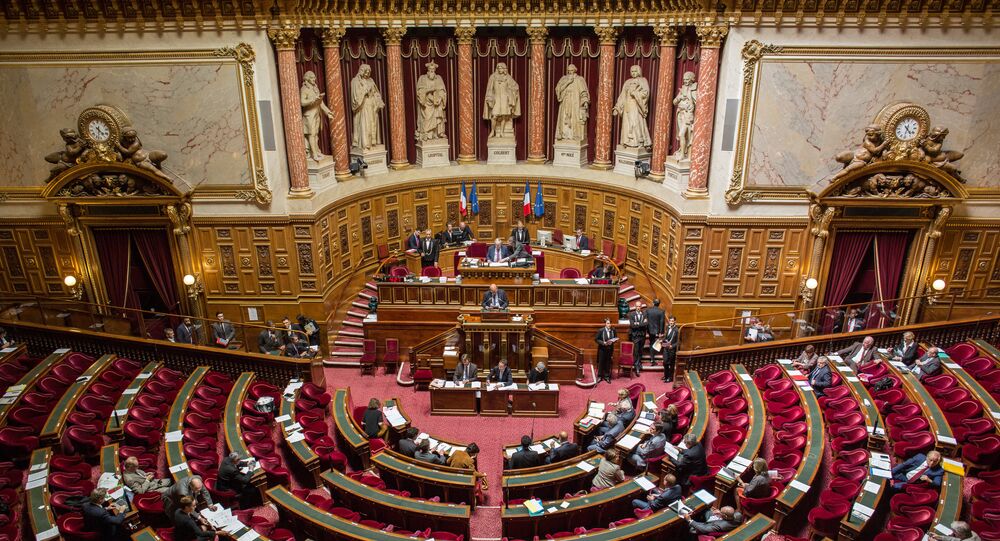 PARIS (Sputnik) - The French Senate on Tuesday passed the climate bill in the first reading with significant amendments as compared to the version approved by the lower chamber of the Parliament.

As announced by the speaker of the upper house Gerard Larcher, 193 senators supported the bill, 100 voted against and 54 abstained.

French media reported that the consideration of the bill, which is based on the proposals of the Citizens Convention for Climate, went on for two weeks in the Senate. During this period, the senators voted on each of the 218 articles of the document. Ultimately, the upper house passed the bill with significant changes compared to the document that was adopted in early May by the National Assembly.

Starting 12 July, the mixed parliamentary commission consisting of seven senators and seven lawmakers is expected to begin work on finding a compromise on the bill.

Last December, French President Emmanuel Macron announced a referendum in the country on the constitutional changes related to climate. Before that, the constitutional reform should first pass through both chambers of the parliament — the National Assembly and the Senate.

To hold a referendum, both houses must adopt a new wording of the first article of the constitution, which deals with the climate. Then the French citizens can express their opinion through the public vote.