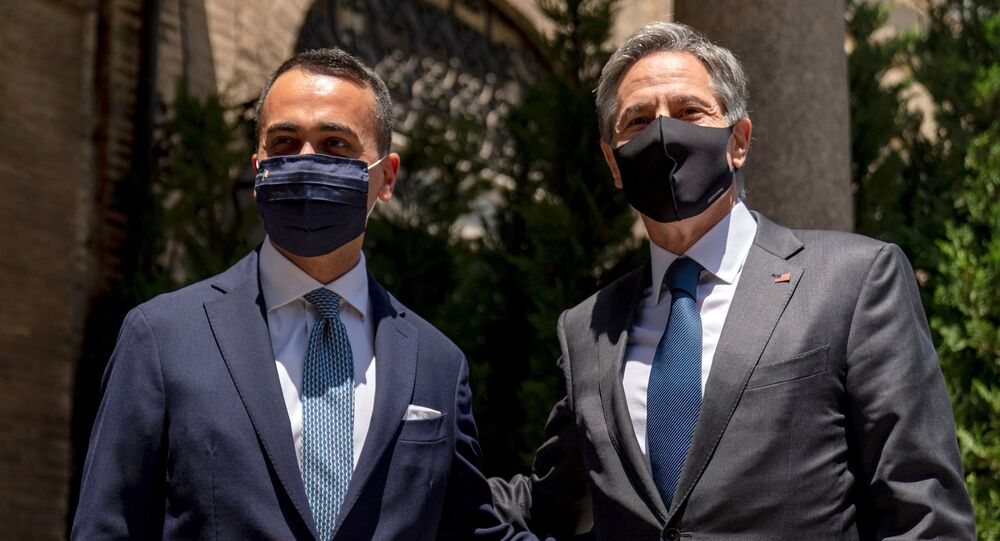 US Secretary of State Antony Blinken is currently on an official trip to Europe. He arrived in Rome on Sunday after visiting France and Germany. He is also expected to have an audience with Pope Francis in the Vatican later in the day.

Sputnik is live from Rome, Italy as Italian Foreign Minister Luigi Di Maio and US Secretary of State Antony Blinken answer questions from the press following a meeting of the global coalition to defeat Daesh*.

The meeting mainly focused on the coalition's fight against the group on a "global scale", especially now that the extremists have been rapidly gaining ground in Africa.