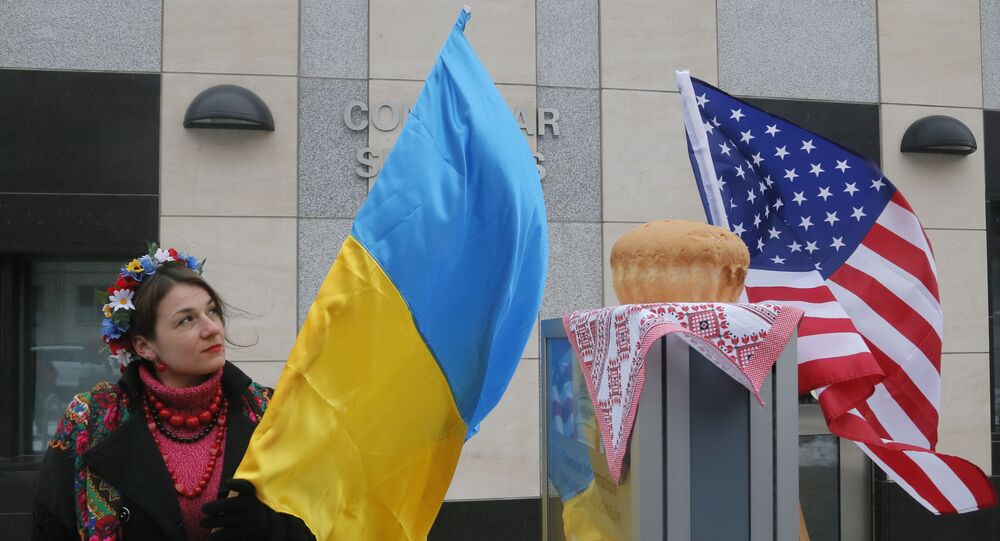 Can You Guess Who’s Been Named ‘The Most Influential Woman’ in Ukraine?

US influence in Kiev grew dramatically in the aftermath of the "Maidan Revolution" – the February 2014 US- and EU-sponsored coup d’état which toppled Ukraine’s elected government and steered the country into a civil war.

A major Ukrainian news magazine has named US Ambassador Kristina Kvien the "most influential woman" in the country.

The ranking, published by Focus magazine, is based on women’s perceived influence in Ukrainian politics, society, culture, and economy with the Forbes-style list featuring 100 women, and compiled annually.

Commenting on the decision to rank two foreigner diplomats among the top five most influential women in the country, Focus magazine editor-in-chief Alexei Gazubei suggested that it reflects current realties.

“Even if it’s not for a long time, foreign nationals can have a significant impact on the situation in the country. That is why the editors picked Kristina Kvien to top the current rating, and also included Melinda Simmons on the list,” Gazubei explained.

She worked at the US Embassy in Moscow, Russia for a brief period in the early 2000s, and was then transferred to the US National Security Council, directing "EU affairs, EU Economies, and Caspian Energy for Ukraine and Belarus." She was then shipped abroad again, to the UK, Thailand, and France, before arriving in Kiev in 2019. Kvien is a graduate of the US Army War College.

In her time as ambassador, Kvien has made few noteworthy public pronouncements, apart from her warning earlier this year that the US might deploy more troops to Ukraine if tensions between Kiev and Moscow escalated into a hot war.

Ukraine’s opposition politicians have long complained about the outsized influence they fear is enjoyed by US officials in the formulation of the country’s foreign and domestic politics.

Washington openly comments on Ukraine’s "progress" or"‘retreat" from various political, economic and social reforms often tied to American aid programmes on a regular basis. Behind the scenes, the US has been known to put pressure on senior Ukrainian officials for unsavoury reasons or even based on the personal ambitions of individual US politicians. The most famous example of the latter kind of pressure rocked US politics between 2019 and 2020, when an attempt by then-President Donald Trump to investigate alleged illegal activity by the Biden family in Ukraine during the Obama presidency by possibly withholding US arms shipments to Kiev sparked a congressional investigation and impeachment probe against Trump himself.

© Sputnik / Mikhail Palinchak
‘Joe, I Have Positive News For You’: Trump Retweets Alleged Audio of Biden-Poroshenko Phone Call
Last year, an aide to ex-Ukrainian President Petro Poroshenko-turned fugitive leaked bombshell audio of telephone conversations between Poroshenko and senior US officials, including Biden, with several of the discussions, whose veracity the Democrat has not contested, appearing to show the vice president coercing Kiev into firing a prosecutor probing his son Hunter’s alleged money laundering and influence-peddling activities with a Ukrainian natural gas company. Biden later openly bragged that he got the prosecutor fired by threatening to withhold a billion dollar loan.
...
Reddit
Google+
Blogger
Pinterest
StumbleUpon
Telegram
WhatsApp
337