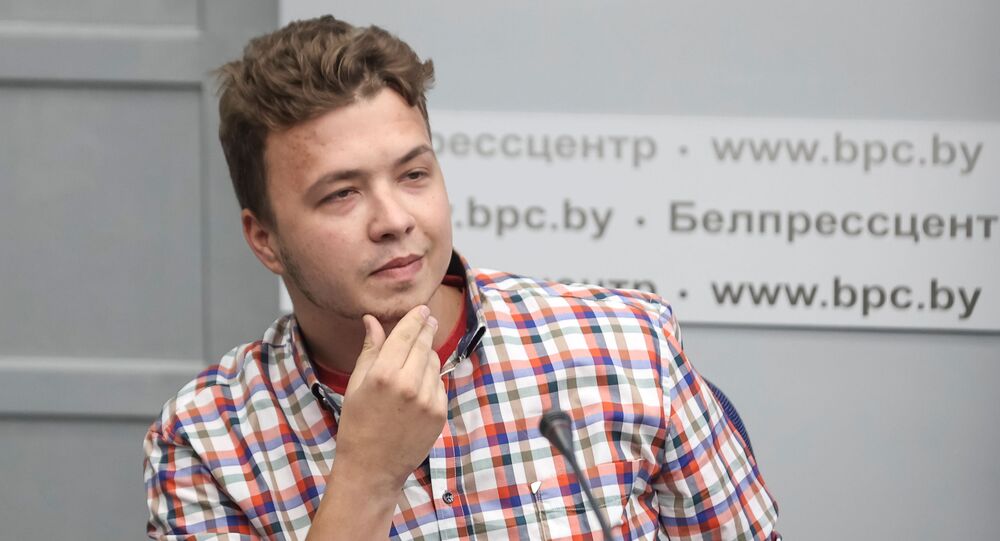 MOSCOW (Sputnik) - Roman Protasevich, a co-founder of the Nexta Telegram channel (labeled as extremist in Belarus), was moved under house arrest, BBC reported on Friday, citing his father.

"I find it difficult to comment on the authorities' actions and what kind of aims they have ...Maybe he was drawn into some political game," Dmitry Protasevich said, as quoted by BBC.

It was reported earlier that Protasevich's girlfriend Sofia Sapega was moved under house arrest as well.

In May, a Ryanair airplane traveling from Greece to Lithuania made an emergency landing in Minsk over a bomb threat, which turned out to be fake. Two of its passengers, Roman Protasevich, the founder of a Telegram channel that Belarus designated as extremist, and his girlfriend, Russian national Sofia Sapega, were detained during the stopover.