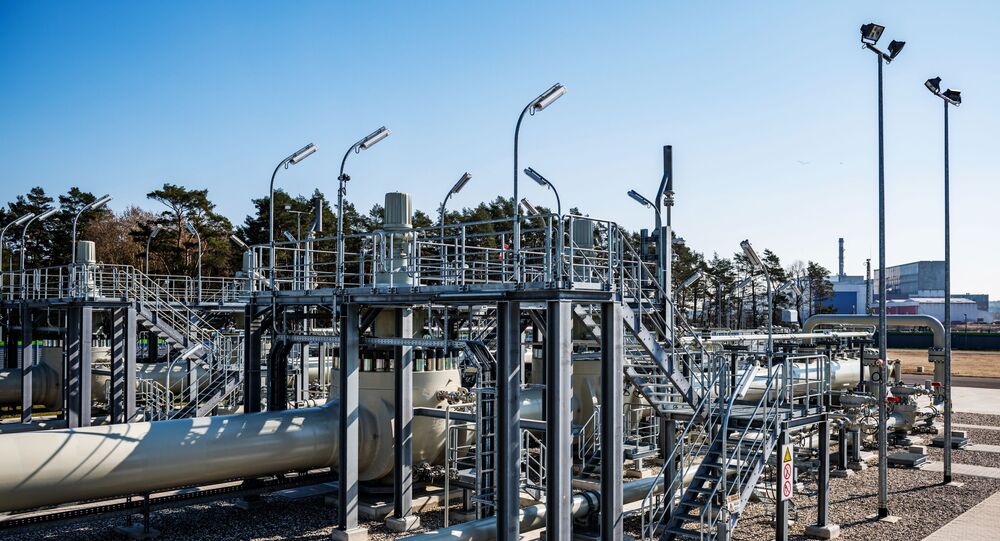 BERLIN (Sputnik) - More than 40 percent of German citizens say the Nord Stream 2 (NS2) gas pipeline should be put into operation once construction is finished, a new Korber survey revealed.

According to the poll conducted for the Kantar Public institutions on May 19-25, 44 percent of German citizens support launching the gas pipeline as soon as it is finished, while 38 percent say a compromise should be reached with the US on the Nord Stream 2 project first.

Only 13 percent of over 1,000 survey respondents said they thought the project should be stopped. People living in eastern Germany are more in favor of Nord Stream 2, with 59 percent supporting the project (vs. 39 percent in the country’s west).

© REUTERS / MAXIM SHEMETOV
Blinken Claims Nord Stream 2 'Undermines Security of Ukraine, Europe', Can Be Used as 'Coercive Tool'
The Nord Stream 2 pipeline, which is nearly complete, is designed to transport natural gas across the Baltic Sea from Russia to Germany. It has been met with opposition from the US, which views the project as threatening European energy independence and has imposed multiple rounds of sanctions on companies and businessmen engaged in it. Berlin has condemned Washington's attempts to disrupt the pipeline’s construction.

Russia insists that the Nord Stream 2 is a purely economic endeavor and vows to finish the construction soon.

German Foreign Minister Heiko Maas said on Wednesday that he expected the ongoing talks between the US and Germany on Nord Stream 2 to wrap up with a consensus by the end of this summer. US Secretary of State Antony Blinken thanked Germany for its work in ensuring that the gas pipeline project is not used against the interests of Ukraine and said that Washington was counting on a reliable outcome of the talks with Germany.