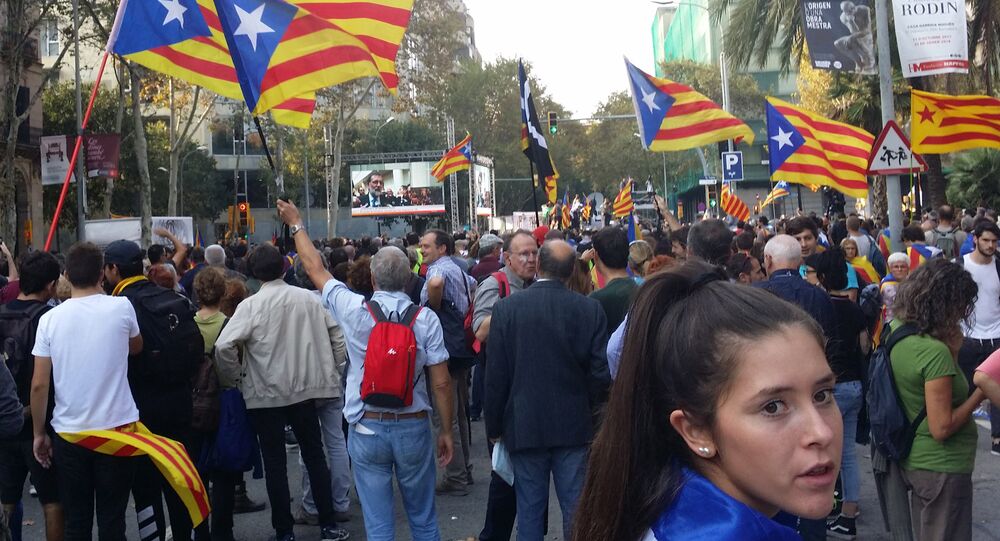 In December 2017 the Spanish government invoked Article 155 of the constitution to impose direct rule over Catalonia after it unilaterally declared independence from Spain following a referendum, which asked: “Do you want Catalonia to become an independent state in the form of a republic?”

Spain’s Prime Minister Pedro Sanchez said he is to pardon several Catalan separatists who were jailed after they tried to create a breakaway state of Catalonia.

The formal pardons will be nodded through on Tuesday, 22 June, at the weekly cabinet meeting.

​[Tweet: "The Spanish state will release some #presospolítics that they should not have spent a single day in prison before European justice ordered him, but he will do so three and a half years late. Let no one try to sell that with pardons the political problem is solved"]

Spain's Supreme Court convicted 12 Catalan politicians and activists in 2019 and nine of them were jailed for up to 13 years for sedition.

The most prominent among them was Oriol Junqueras, 52, who was deputy head of Catalonia’s government. Unlike his boss, Carles Puigdemont, he did not flee the country but stayed to face the music.

Sanchez, a Socialist, became prime minister in June 2018 in the wake of huge political turmoil caused by the Catalan bid for independence, which was put down by his predecessor, the conservative Mariano Rajoy.

​It was the biggest crisis facing Spanish democracy since the failed coup in 1981.

Sanchez, speaking to a invited audience in Barcelona, said his government had "opted for reconciliation" and he said he hoped the pardons would "pave the way for this path."

"Someone must take the first step. The Spanish government will make that first step now," he told the crowd.

Catalonia is a wealthy region of northeastern Spain, centred around Barcelona, which has its own language.

​In recent years it has sought to copy Scotland and hold a referendum on independence but Madrid, unlike London, has refused to allow such a poll.

Many Spaniards fear that if Catalonia is allowed to go it alone it would lead to the dissolution of the country with other regions, such as the Basque Country and Galicia, following suit.

Tens of thousands of people protested in Madrid last week against the plan to offer clemency.

Many conservatives claim the pardons are part of a shady deal with Catalan separatists who the Socialist government relies on to pass legislation in the national parliament.

Pablo Casado, leader of the conservative Popular Party, said those pardoned were “not sorry” and threatened to “re-offend."

The leader of the Catalan government at the time, Carles Puigdemont, remains in exile in Belgium although his immunity was recently lifted and he was offered asylum in Morocco.