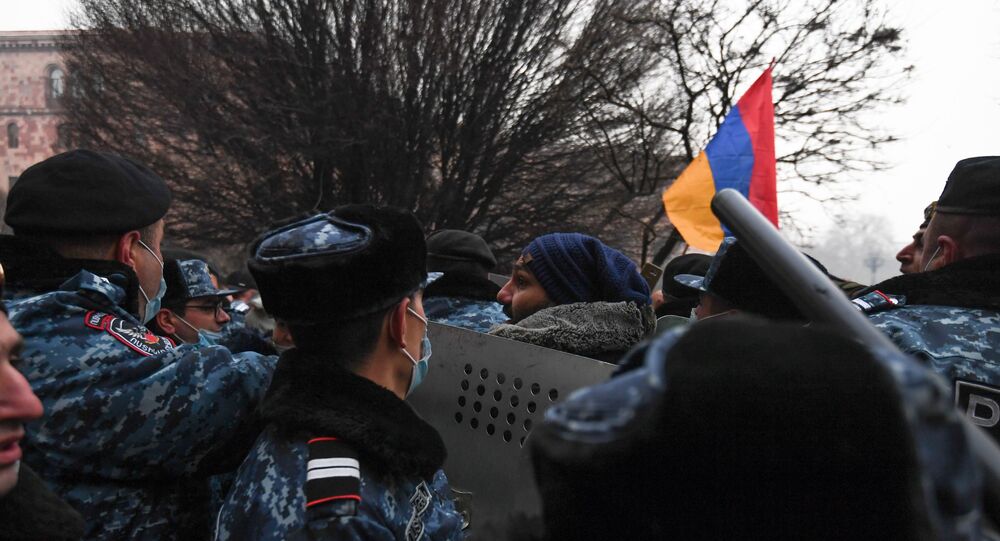 YEREVAN (Sputnik) - Armenia’s acting prime minister, Nikol Pashinyan, whose Civil Contract Party is ahead in the parliamentary elections, says that the Armenian people have carried out a "steel revolution" over the past three years.

"Victory in the parliamentary election will restore social and national consolidation. The people of Armenia have carried out a second revolution in three years. This time it was a ‘steel’ revolution instead of a ‘velvet’ one. All agreements will be fulfilled," Pashinyan said in a video address on Facebook.

According to the latest data from Armenia’s Central Electoral Commission, with about 30 percent of the ballots counted (607 out of 2,008 polling stations), Pashinyan’s Civil Contract Party has 58.52 percent, while the ex-Armenian president, Robert Kocharyan, and his Armenia Alliance, is second with 18.56 percent. Businessman Gagik Tsarukyan's Prosperous Armenia party has 5.32 percent.

"The people of Armenia spoke up and made their decision, and the content of this decision is clear. It was formulated during the election campaign. What was expected happened. It was expected that a citizen would inevitably win these elections," Pashinyan said.

According to a Sputnik correspondent, about a hundred people gathered at the Civil Contract party headquarters after the Sunday election.

Pashinyan said that he would begin consultations with all "healthy" political forces in Armenia in the coming days in order to work out a full consolidation of the government.