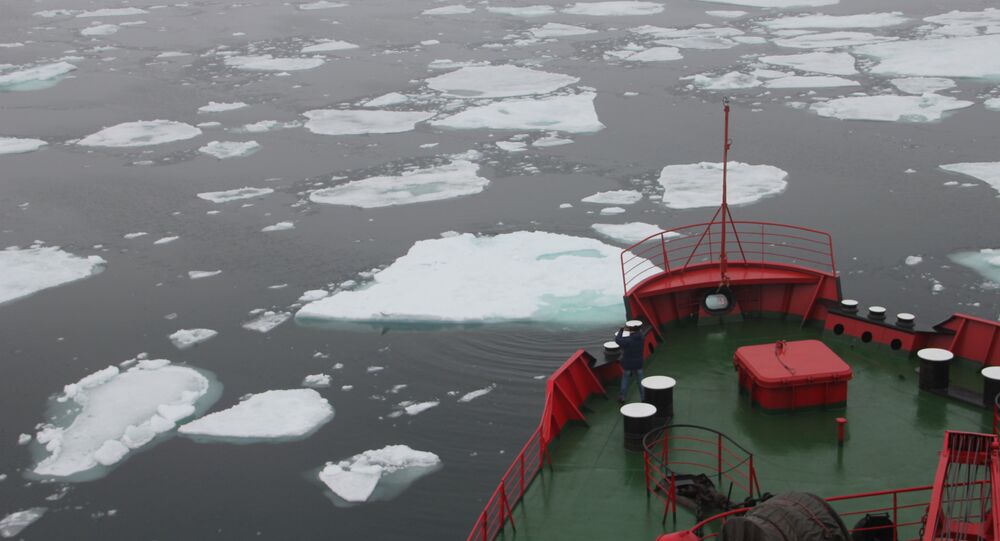 MOSCOW (Sputnik) - France no longer objects to the development of the North Sea Route, but to make the project more attractive to international partners, Russia should make sure it is environmentally friendly, Nikolai Korchunov, the ambassador-at-large of the Russian Foreign Ministry and a senior official of the Arctic Council, said on Thursday.

In 2018, French President Emmanuel Macron stated, in reference to global warming and the disappearance of Arctic Sea ice in the summer of the northern hemisphere, that the development of the Arctic shipping route could kill the planet, Korchunov recalled.

"Two months ago I had consultations with France's Arctic ambassador. He refuted this statement, apologized on behalf of the president and said that he [Macron] realized he was wrong, and that France was interested in the development of the North Sea Route," Korchunov stated at a meeting of the working group under the Council on the Development of the Far East, Arctic and Antarctic.

Korchunov noted that in 2018, a US-based NGO, the Ocean Conservancy, launched a campaign against Arctic ship traffic, supported by six of the world's ten-largest container shipping companies and some top global brands, including Nike, GAP and H&M. At the same time, Korchunov added, companies from South Korea, Japan, China and Norway refused to join the campaign.

"Shipping will have a future when it is not only economically justified, but also environmentally. The environmental factor is taking priority, so now, of course, we need to take into account what type of fuel will be used by ice-class container ships when we decide on the transit scheme," he stressed.

The official further urged Russia to step up its efforts in ensuring the protection of the marine environment and its biodiversity, as well as the timely resolution of other existing issues while developing the shipping route.

In May, Russia assumed a two-year chairmanship of the Arctic Council, an intergovernmental forum that aims at promoting partnership and coordination between regional states, comprising Russia, Canada, Denmark, Finland, Iceland, Norway, Sweden and the United States.