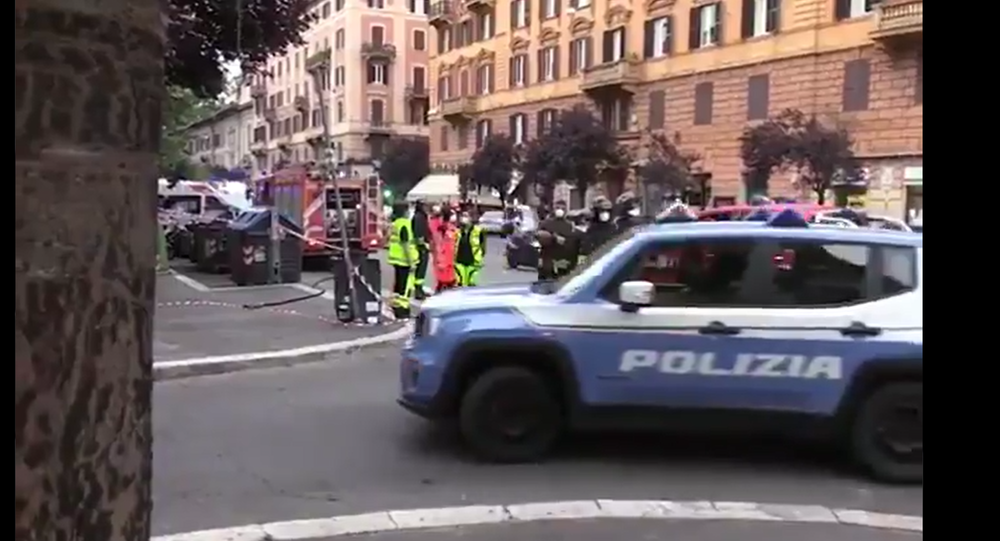 Stadio Olimpico is one of the facilities hosting the Euro 2020 in Rome. On Wednesday, the venue welcomed a match between Italy and Switzerland, which the Italian national team won with a score of 3-0.

The mayor of Rome, Virginia Raggi, revealed on Wednesday that a bomb was discovered in a vehicle belonging to Marco Doria, a municipal official of the city, shortly before the match between Italy and Switzerland was scheduled to begin.

"A bomb was found in the car of Marco Doria, president of the table for the redevelopment of parks and historic villas in Rome. A very serious fact, I express my full solidarity", Raggi tweeted.

The explosive device, said to be made of gunpowder and bolts, was reportedly wired to Doria's car, located a few kilometres away from Stadio Olimpico, a Euro 2020 host stadium.

​According to local media, police diffused the bomb, which was found shortly before the Euro 2020 match between Italy and Switzerland took place.

A video that allegedly shows the car in question, surrounded by police officers, was shared online.

​Police reportedly cordoned off streets in the Prati area of the Italian capital where the bomb was discovered, as the bomb squad conducted a controlled explosion.