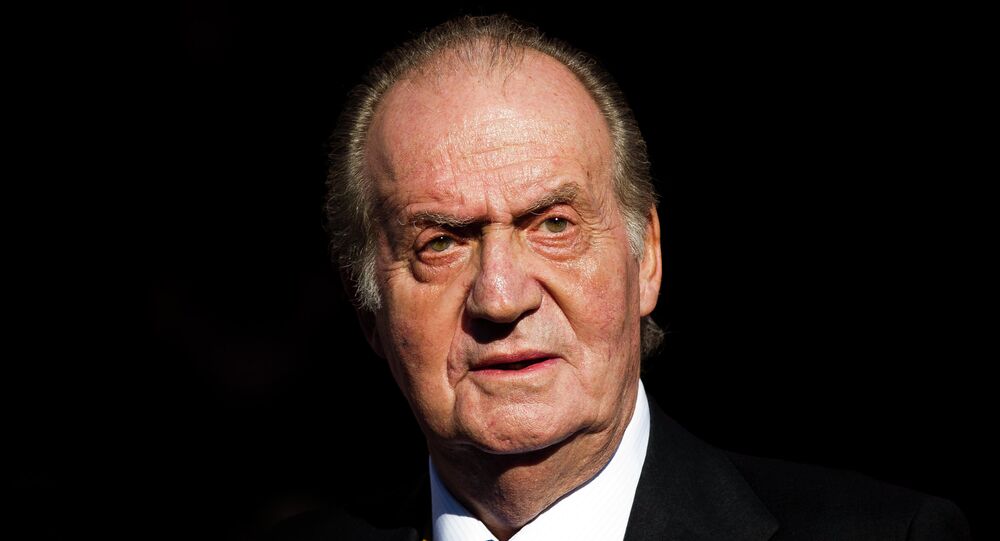 MADRID (Sputnik) - Former Spanish King Juan Carlos I had allegedly maintained a bank account in Andorra using a front for over 10 years, where he kept up to 10 million euros ($12 million), the Confidencial newspaper reported on Wednesday.

According to the newspaper, the account in Andbank was opened in 2004 and held an average of 7 million euros before reaching 10 million, at some point.

The account was managed by a friend of Juan Carlos, entrepreneur Josep Cusi, the Confidencial stated. Reportedly, the transactions were especially active in the first years, but continued up until 2016, when Andorra passed the law obliging it to provide other states with information about foreigners owning bank accounts in this country.

© AP Photo / Andrea Comas
Spanish Royal Family Denies Claims King Juan Carlos is 'Seriously Ill'
The account was discovered by the Swiss prosecutor's office during investigations into suspicious transfers to persons in the monarch's entourage, the Confidencial said. The investigators tracked the transfer of 150,000 euros from the Zagatka Foundation, registered in Liechtenstein, which, allegedly, laundered money received as gifts and commissions.

In 2014, Juan Carlos I abdicated in favor of his son, Felipe VI, keeping his title of king. Last August, the ex-monarch abandoned the country after the scandal caused by his alleged involvement in corruption cases that are being investigated by the legal authorities of Spain and Switzerland.

The Spanish prosecutor's office has opened three cases against Juan Carlos over tax evasion, though he could be prosecuted for only one of them, as it was committed after his abdication in 2014, when he lost his immunity.