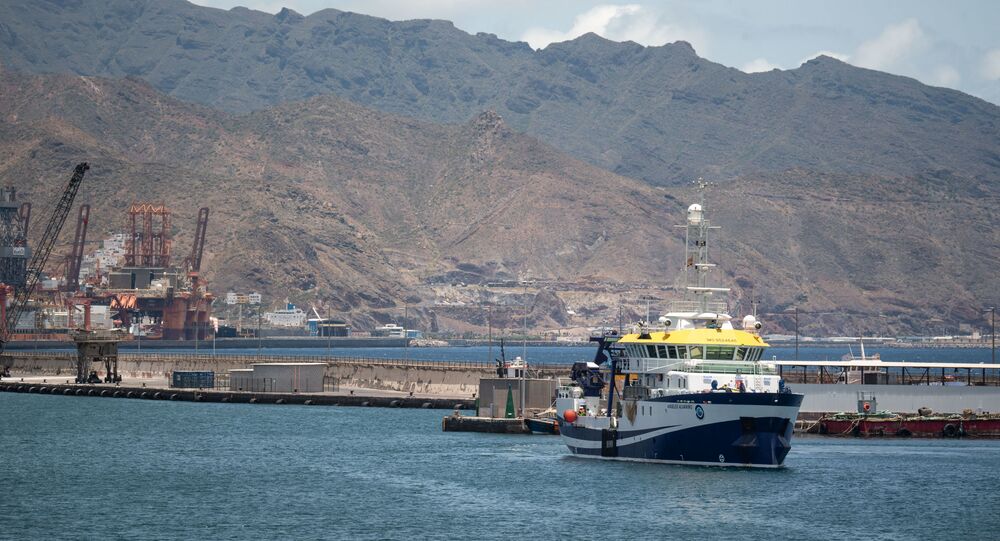 As Search Goes On For Child’s Body Off Tenerife, Mother Pens Emotional Letter

An oceanographic vessel is trawling the seabed off the coast of the Spanish island of Tenerife after a father abducted his two young children “to spite” his estranged wife. The case has horrified Spain and there were demonstrations at the weekend against domestic violence.

The mother of missing toddler Anna Gimeno Zimmermann has written an emotional letter to express her pain and anger after the body of the child’s six-year-old sister Olivia was found on the seabed in the Atlantic Ocean.

Anna, who is one, and Olivia went missing on 27 April after being taken by their father, Tomas Gimeno.

Olivia’s body, weighed down with an anchor in a large holdall, was found at the bottom of the sea near Puertito Guimar on the east coast of Tenerife on Thursday, 10 June.

​Anna and her father are still missing but the authorities believe both are dead.

Gimeno and his estranged wife, Beatriz Zimmermann, had been involved in a custody dispute and he was reportedly furious after she began a relationship with another man.

Ms Zimmermann wrote an open letter, published in Spanish newspapers, in which she described the children as “two little angels” and said: “Anna and Olivia were full of love, every day I told them every moment that I loved them very much. I wish I had been there at that moment with them, holding their hands and dying together.”

​Ms Zimmermann added: "(He wanted me to) suffer looking for them without rest and for the remainder of my life. That was the reason he left me alive.”

She also called for “tougher laws to protect children”, although it was not clear what legislation could have protected Anna and Olivia.

An autopsy revealed Olivia had died a "violent death" and the investigating judge, Priscilla Espinosa Gutierrez, said it was believed both girls had been killed and dumped in the sea.

​Judge Gutierrez said: “The plan of Gimeno was to cause his ex-partner the greatest pain she could imagine, by deliberately causing uncertainty about the fate that Olivia and Anna had suffered at his hands.”

Witnesses said they saw Gimeno loading several bags onto his boat on the day the girls went missing.