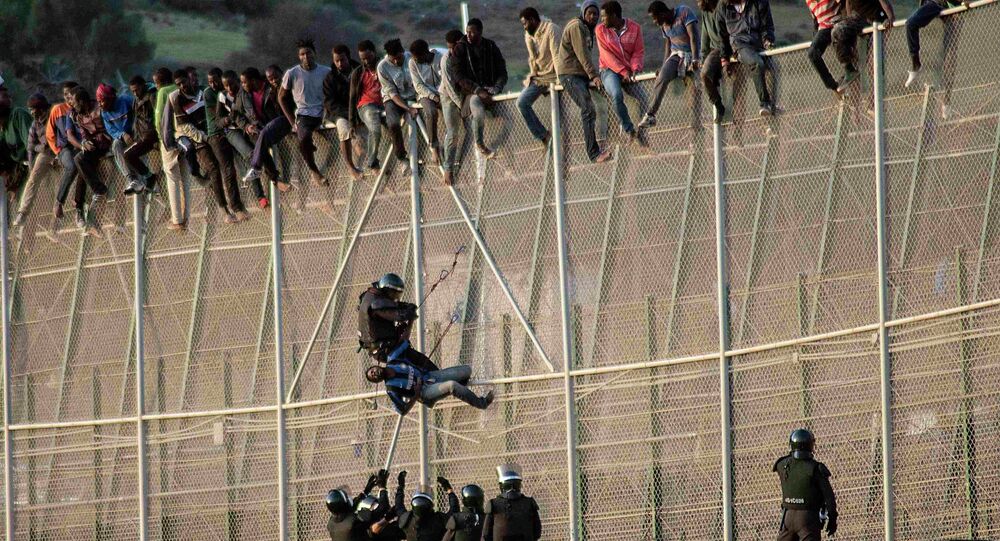 MADRID (Sputnik) - Nine officers of Spain's Civil Guard were injured while trying to prevent a group of more than 150 illegal migrants from entering the territory of the Spanish enclave of Melilla in northwestern Africa, the EFE news agency reported on Tuesday, citing sources.

According to the sources in the Spanish government delegation in Melilla, the migrants attempted to cross the Spanish border on Tuesday around 05:15 local time (03:15 GMT), the news agency said, adding that Civil Guard officers managed to stop them all in cooperation with the Moroccan security forces.

The migrants were reportedly armed with sticks and threw stones at officers to force their way into the territory of Melilla, which resulted in nine Spanish guards receiving minor injuries.

Melilla, along with another Spanish enclave of Ceuta, is a popular transit point for sub-Saharan African migrants seeking asylum in the European Union. Last month, an unprecedented migration crisis broke out on the border of Morocco and Spain, when some 10,000 illegal migrants crossed into Ceuta. Most of them have already been sent back, while 1,000 others, mainly minors, are still in the enclave.