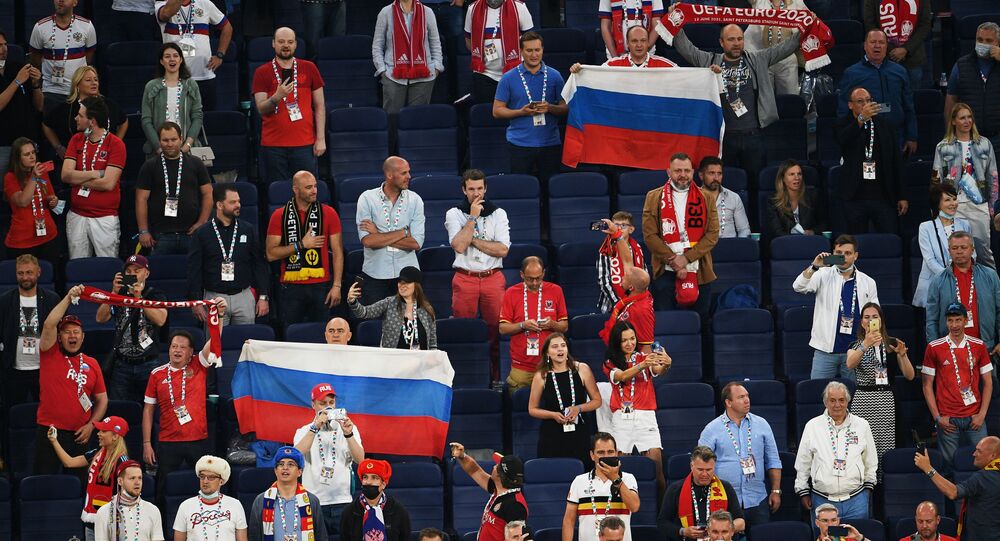 MOSCOW (Sputnik) - Polish TV channel TVP Sport put wrong national flags next to the names of the countries during the coverage of EURO 2020.

The channel made a technical mistake, putting the Russian flag for Ukraine and the Belgian one for the Netherlands on the graphics which show the announcement of Sunday matches.

Wales’s flag appeared next to England and Croatia was mistakenly marked by the Swiss flag. Austria and North Macedonia had the flags of Denmark and Finland, respectively.

​Maria Zakharova, the Russian foreign ministry spokeswoman, commented on the mistake on Sunday,

"The Polish television is on fire", Zakharova wrote on her Telegram, showing a screenshot with the Russian flag next to Ukraine's national team.

EURO 2020 has been taking place in 11 cities and will end on July 11. The Rossiya Segodnya International Information Agency is an official operator of the St. Petersburg city press center during EURO 2020.