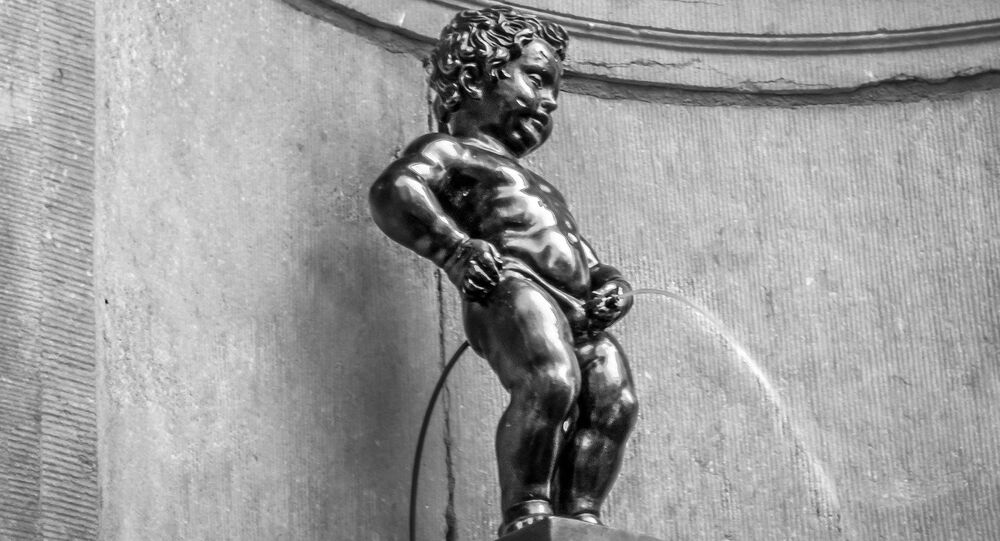 MOSCOW  (Sputnik) - Manneken Pis, the most recognizable symbol of Brussels, has been dressed in a historical uniform of the Russian Imperial Guard on the occasion of Russia Day celebrated on 12 June, a Sputnik correspondent reported.

The miniature costume was gifted to Brussels by Russian Ambassador Aleksandr Tokovin in during a ceremony at the Town Hall.

"This is not the first time the little man has been dressed in a Russian costume, as I recall he was already dressed in a cosmonaut's spacesuit. Now I am honoured to hand over a uniform of the Imperial Guard officer", the Russian diplomat said.

The tradition to dress the 60-centimeter-tall bronze fountain sculpture dates back to 1698 and the statue boasts the wardrobe of several hundred different costumes, which can be seen on display in the City Museum near the Town Hall.

The famous Brussels sculpture "Manneken Pis" was dressed today in honor of the Day of Russia in the historical costume of the Russian imperial guardsman pic.twitter.com/0jtgsznJ33

The costume that the Manneken Pis is currently wearing is a replica of the historical costume of the Russian Imperial Guard — a tricorne hat, parade dress uniform, breeches and cuffs.

As soon as on Monday, however, the bronze boy will have to try on a new suit. This time he will be dressed in NATO colours in honour of the upcoming summit, which will be held at the headquarters in Brussels.

Russia Day is one of the country's youngest holidays. It is celebrated annually since 1992 to commemorate 12 June 1990, when a declaration on Russia's sovereignty was adopted.