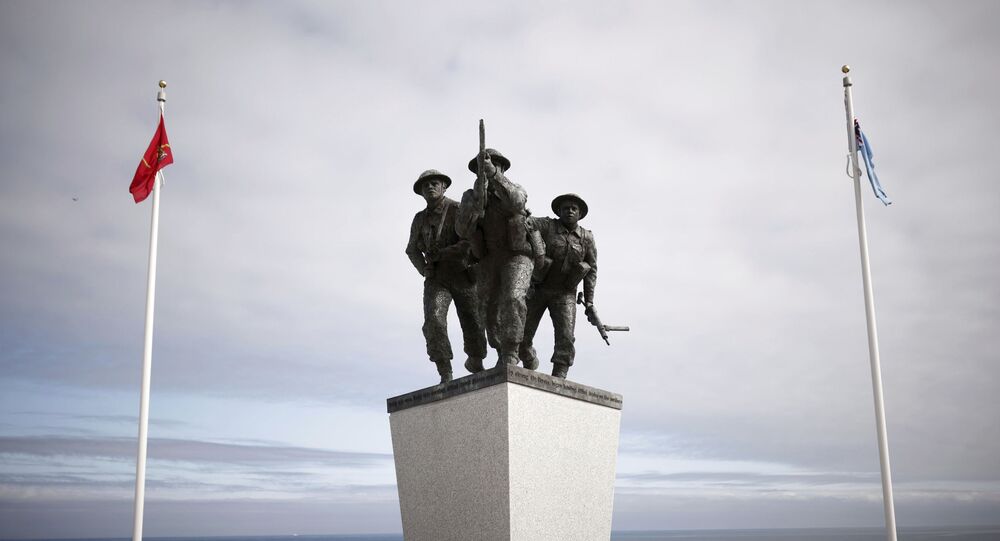 MOSCOW (Sputnik) - The British Normandy Memorial officially opened in the northern French commune of Ver-sur-Mer to commemorate the UK troops who fell during the landing and battle in Normandy in World War II.

Prince Charles of Wales has praised the "personal courage and sacrifice" of those who died in the D-Day landings as a new British memorial was unveiled on the 77th anniversary of the historic operation.

"As I said when I first became aware of the plans for this long overdue British memorial, it has for many years been a concern to me that the memory of these remarkable individuals should be preserved for future generations as an example of personal courage and sacrifice, for the benefit of the wider national and, indeed, international community", Prince Charles, who is a patron of the Normandy Memorial Trust, said in a video address.

"May God bless our Veterans, their families, and all those who paid the ultimate sacrifice as a result of the operations around D-Day and during the Battle of Normandy.”

Patron of the Normandy Memorial Trust, His Royal Highness, The Prince of Wales' message to Normandy Veterans. pic.twitter.com/mpJNUkxMtX

The British Normandy Memorial is erected on a hillside overlooking the Gold Beach, one of three beaches where British forces landed on D-Day.

Designed by UK architect Liam O'Connor, the complex features a bronze statue of three soldiers in the center surrounded by an arcade of columns with the names of all 22,442 fallen servicemen and women under British command. The site also includes a memorial to French civilians who died during the Normandy operations.

The opening ceremony was broadcast live in the United Kingdom for the veterans who were not able to attend in person due to COVID-19.

According to the memorial's website, its construction took six years and cost nearly 30 million pounds ($42 million), contributed by the UK government and private benefactors.

On 6 June 1944, allied forces began landing in Normandy for an operation that started the liberation of Western Europe from Nazi occupation. The United Kingdom was until now the only ally not to have a memorial dedicated to the memory of its soldiers who lost their lives that summer.