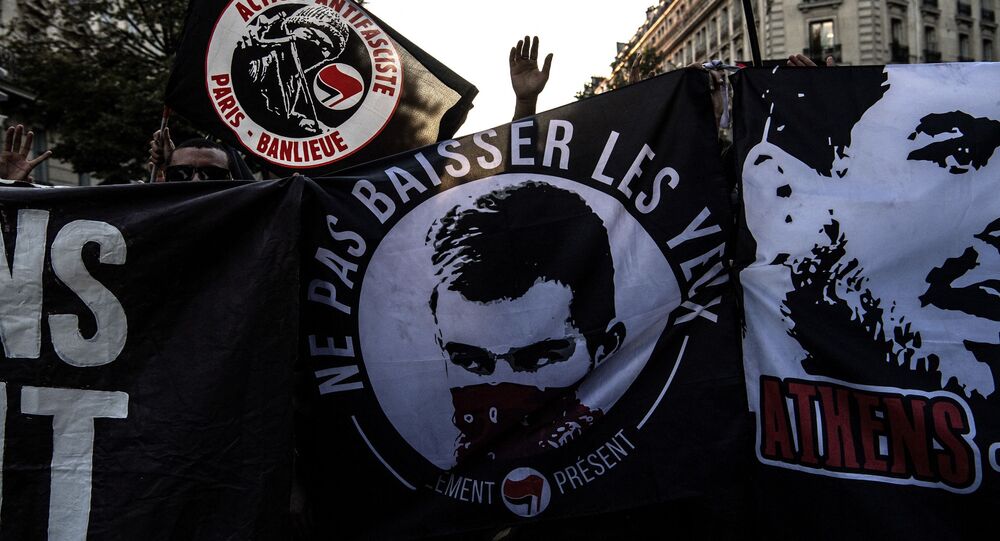 Clement Meric, a left-wing youth was heavily beaten in a clash in a shopping area between right-wing and anti-fascist activists in June 2013. A few hours after the fight, he succumbed to his wounds.

Sputnik is live from Paris, France, where an antifascist demonstration to commemorate the eighth anniversary of Clement Meric's killing is taking place.

Meric, 18, died in a fight with right-wing activists after sustaining fatal wounds. Two men, Esteban Morillo and Samuel Dufour, were indicted for his death and were convicted of manslaughter and weapons supply.

On Friday, they were sentenced to 8 and 5 years in prison respectively.