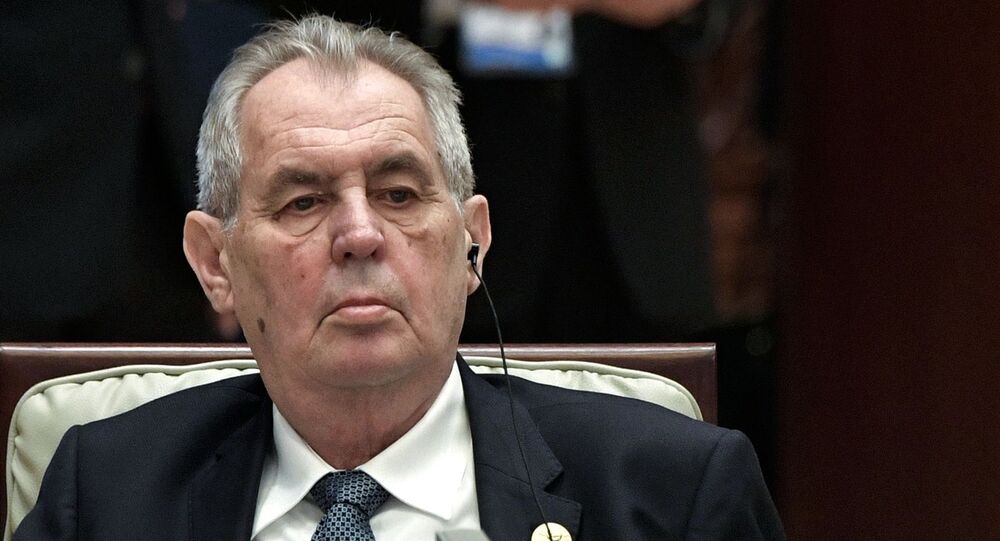 MOSCOW (Sputnik) - The Czech Senate’s foreign affairs and security committee voted on Wednesday to declare President Milos Zeman incapable of holding office after his remarks on the 2014 Vrbetice blasts.

"We have just voted … in favor of [declaring] that Milos Zeman is unable to hold the office of president … based on Article 66 of the constitution. I will propose debating this next week," Pavel Fischer, the committee chairman, tweeted.

The article says that if both chambers of parliament pass a resolution stating that the president is unable to discharge their official duties for serious reasons, the prime minister will take over the executive branch.

The next election is scheduled to take place no later than January 2023. Fischer said he would run for office.

Zeman, 76, caused an uproar in April after he cast doubt on Russia’s role in explosions at an ammo depot in the Czech town of Vrbetice. The Czech government blamed Russian intelligence agents for the deadly blast, but Zeman said that a cover-up of arms theft was not ruled out. Moscow categorically denies having any role in the blasts.