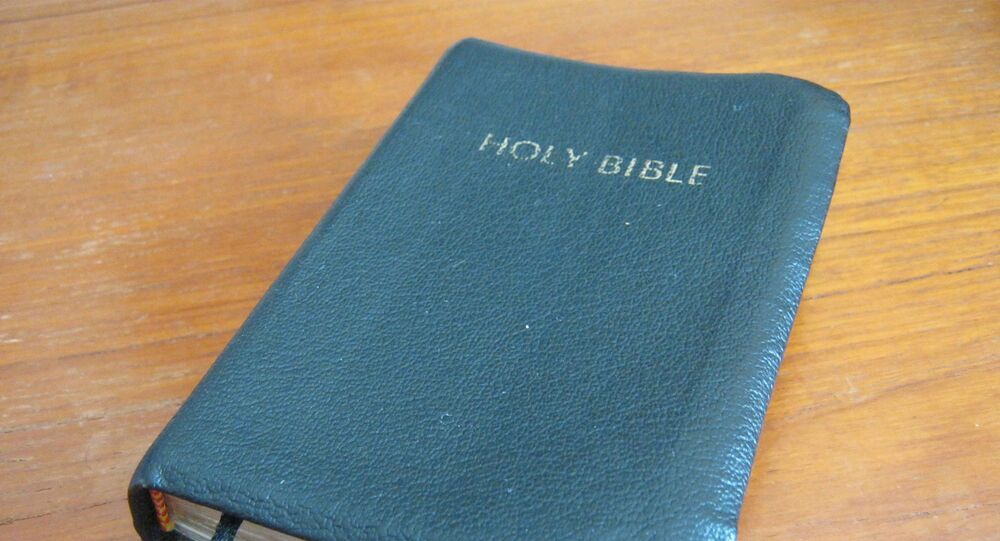 The prosecutor general found statements made by Christian Democrat MP Päivi Räsänen, which included quotes from the Bible, discriminatory towards homosexuals and overstepping the boundaries of free speech.

A group of US professors have penned a joint letter to the US Commission on International Religious Freedom (USCIRF) demanding sanctions against Finland's Prosecutor General Raija Toiviainen.

The prosecutor general found that Räsänen's statements were derogatory and discriminatory towards homosexuals and violated their dignity, hereby overstepping the boundaries of freedom of speech and religion and likely fuelling intolerance, contempt and hatred.

© CC0
Finnish Christian Politician Formally Charged for Hate Crime Against Homosexuals After Quoting Bible
Räsänen, who happens to be a devout Christian and a mother of five, will stand accused over her stance against the Finnish Lutheran Church's participation in the gay pride festivals. She voiced her opposition by by quoting the Bible (namely, Romans 1:24-27), in a booklet she co-wrote in 2004 about the Bible and sexuality titled “Male and Female He Created Them”; she also made statements in a radio talk show dedicated to Jesus's attitude toward homosexuals.

In the letter, published by the conservative political news website RealClearPolitics, the professors called for travel sanctions against Toiviainen and her family members, as well as economic sanctions targeting the prosecutor and any associates that choose to assist her with the case.

“Prosecutor General Toiviainen’s status as a European official must not shield her from sanctions for her abuse of traditional Christians in Finland,” they emphasised.

They also claimed that the case will force “Finns of every rank and station” to choose between state harassment and expressing the teachings of their own religion.

“These prosecutions cannot be understood as mundane applications of a European-style 'hate speech' law. No reasonable balance of the goods of public order, civil equality and religious liberty can ever support this suppression of the right to believe and express one’s beliefs,” the letter stated, calling the prosecutions “straightforward acts of oppression”.

Räsänen herself said she was shocked by the charges filed, and added it was a question of whether a belief based on the traditional teachings of the Bible and the Christian church can be expressed in Finland.

Since 1995, Räsänen has had a long career in Finnish politics, having chaired the Christian Democrats for over a decade from 2004 to 2015 and serving as Interior Minister between 2011 and 2015. A physician by trade and a pro-lifer by belief, she sparked debate with her statements on abortion in 2013, when she compared abortion legislation with animal protection laws, claiming that the latter yields better protection.