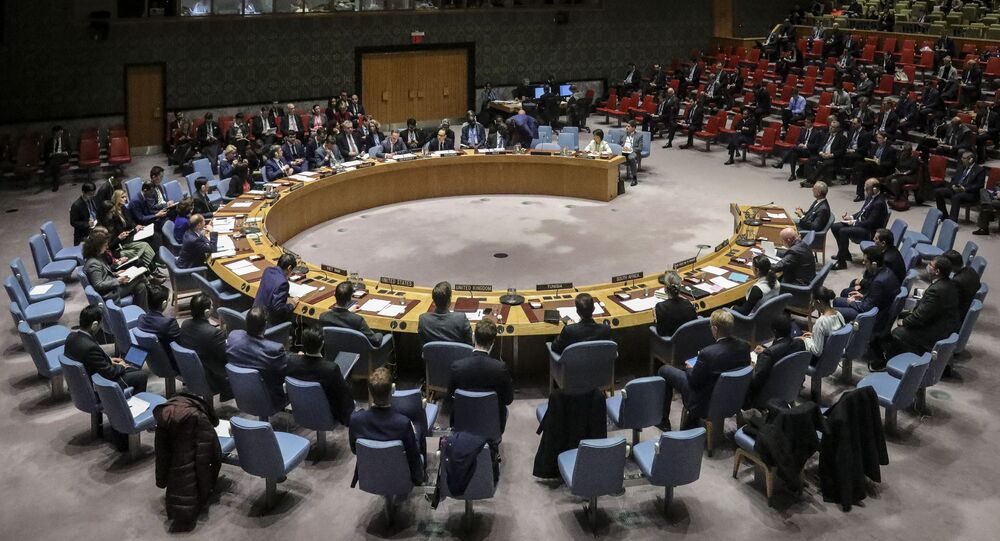 UNITED NATIONS (Sputnik) - The UN Security Council will not be able to adopt a joint statement on the forced landing of a Ryanair aircraft in Minsk, Belarus, the president of the UN Security Council for June and Permanent Representative of Estonia, Sven Jurgenson, said in a press briefing on Tuesday.

The diplomat added that his country intends to continue raising the issue at the UN Security Council, including through a possible Arria-Formula informal meeting and discussion under the "Any Other Business" agenda.

"Looking at the composition of the Security Council, it's absolutely impossible to have any product or any outcome in the council," Jurgenson said.

On May 23, a flight operated by the Irish airline Ryanair, traveling from Athens to Vilnius, was forced to land in Minsk over a bomb threat which later turned out to be false. Among the passengers was Roman Protasevich, one of the founders of the Telegram channel Nexta, which was active during last year's post-election protests. The journalist was detained during the stopover.

The incident provoked an outcry from Western politicians and officials. Later, the EU suspended flights of Belarusian airplanes and recommended European carriers avoid flights over Belarus. The West has also been pushing for new sanctions against Belarus. A response to the sanctions was among key topics discussed by Lukashenko and Russian President Vladimir Putin at a recent meeting in Sochi.

Moscow: Russia Not Involved in Ryanair Plane Landing in Belarus