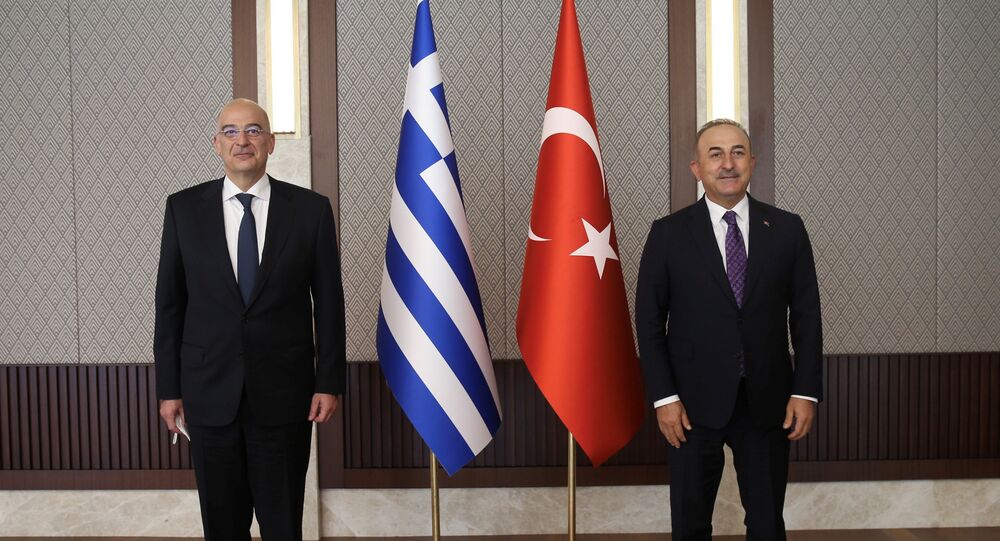 "Met w/PM @kmitsotakis of #Greece. Revitalisation of our dialogue channels is a positive step. Enhancing our relations is important to resolve our differences," the Turkish diplomat tweeted, sharing a photo from his meeting with the Greek officials.

Cavusoglu arrived in Greece on Sunday for a two-day visit. On the first day of his visit, he met members of the Turkish minority in the Western Thrace region of Greece. Ahead of the meeting with Mitsotakis and Dendias, he gave an interview to Greek newspaper TO VIMA, saying that Greece should avoid using the EU as leverage against Turkey, and that only Turkey and Greece can solve their problems, not the EU.

Turkey and Greece have many longstanding problems such as Cyprus, the Aegean, Western Thrace, and illegal migration. There has also been rising tension in recent years due to their military and naval exercises in the Aegean Sea and the Eastern Mediterranean. They have competing ambitions and claims to gas reserves in the region.