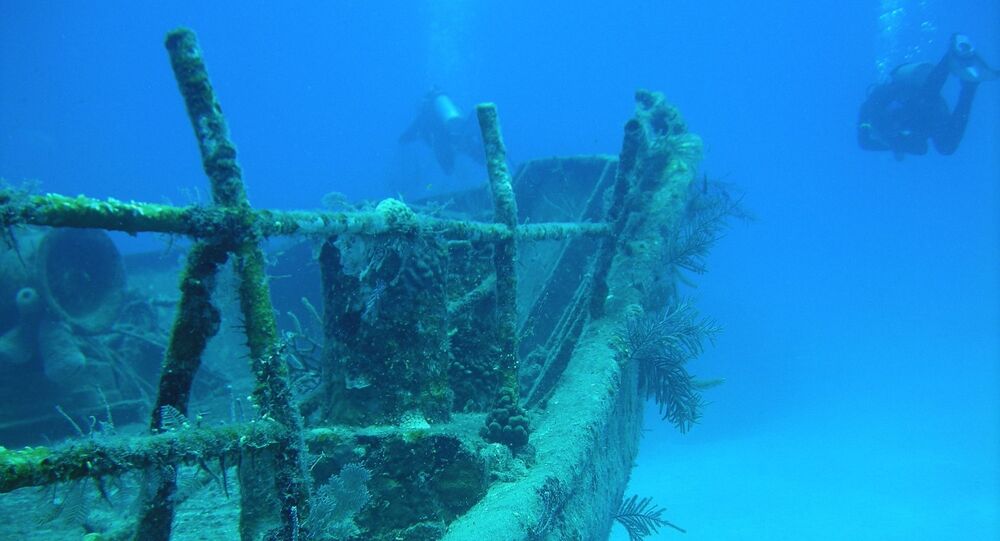 Missing Swedish 'Titanic' Accidentally Found After Over a Century on Seabed

Following decades of unsuccessful search attempts, the ill-fated vessel that sank in a hurricane with a cargo of iron ore, was found by chance by a group of researchers looking for coral reefs.

The DS Malmberget, a state-of-the-art steamship that sank in a storm in 1913 and was subsequently compared to the Titanic has been accidentally found by a Norwegian research crew.

The DS Malmberget left the Norwegian port of Narvik with 43 men on board and set course for Rotterdam loaded with 10,000 tonnes of iron ore. The day after her departure, winds reached hurricane strength. After the ship passed the city of Bodø, it was never seen again.

108 years after the ship's mysterious demise, unsuspecting researchers from the Institute of Marine Research stumbled upon the wreckage of the DS Malmberget while searching for coral reefs off the coast of Meløy.

“We are one hundred percent sure that it is the right ship,” researcher Pål Buhl-Mortensen told national broadcaster NRK.

Despite the fact that over 2,100 vessels sank along the Norwegian coast between 1914 and 2006 alone, according to the Norwegian Coastal Administration, the research group emphasised that there were many details that indicated that this particular ship was none other than the DS Malmberget.

Researchers on a #MAREANO-cruise found a #shipwreck off Bodø that they assume must be DS Malmberget. After 108 years, we may be close to solving the mystery of this ship, which disappeared in a storm with 43 people on board. https://t.co/MV0SLFcqWp pic.twitter.com/Q8lwsXTuNK

​“Based on overviews of known wrecks and unsolved shipwrecks, comparisons of photos and ship models, we quickly got a suspicion that this could be the DS Malmberget,” Buhl-Mortensen explained, adding that it was the letters M and A discovered on the transom of the ship that sealed the question for good.

Buhl-Mortensen described it as a “rather chaotic sight” filled with pieces of wreckage and wrought metal plates. He ventured that the cargo may have shifted in the storm, causing the ship to take in water.

“It is a unique find. What is special is that it was a state-of-the-art boat, built only a few months before it went down. Some have compared it to the Titanic, not least because it has been speculated that the captain was a little overconfident, and perhaps thought the ship was impossible to sink,” Buhl-Mortensen.